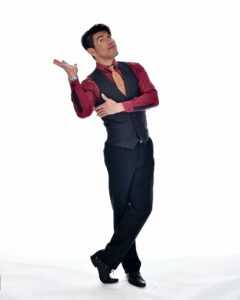 Today we’d like to introduce you to Rod Lara.

Hi Rod, please kick things off for us with an introduction to yourself and your story.
A brief history on how mime & performing found me:

Well, I am Chilean-born. My family and I arrived in Melbourne, Australia in 1989. I was 11 years old.

In grade 8, my subjects got mixed up, and ended up enrolled in Drama (I was more of a nerdy, shy kid, interested in tech subjects)

Bumping into a Drama class as a shy 13-year-old was quite an eye-opener. Since I was an introvert with a language barrier (I had only been in Australia for about 2 years.), every acting role given to me I performed it in mime!… as I refused to speak publicly. My then Drama teacher, Ms. Barbara, mentioned that I expressed myself quite well physically and that I should become a mime. “What’s a mime?”

Thanks to Ms. Barbara, I got introduced to the Greats such as Charlie Chaplin, Buster Keaton, Jacques Tati, Marcel Marceau, etc…

Also, during this time, I had began learning breakdance (poppin’ & lockin’). Mainly to impress the girls at my school… Being a gangly kid, it never worked… Keep on reading, the dancing comes handy.

Once I graduated from high school, a friend invited me to try out gymnastics, which led me to train in circus.

Once again, the Universe placed performing in front of me. Divine intervention, perhaps?

During this time, I was paying my circus tuition by working at a petrol station overnight and training in circus during the day! I was in my early to mid ’20s after all.

My visual silent characters began sprouting once again and to add to the extra edge, I began training in stunts SIMPLY to polish my slapstick skills. I wanted to take real falls without injuries, yet make them funny… or as I’d call them “painfully hilarious”.

Being an autodidact performer, only way to exercise these skills & characters, was to take it to the street as a busker.

I quickly realized that dancing & mime are very intertwined (A good mime can become a great dancer and vice versa). Therefore, I began combining mime & dance in my performances.

This early period of my life gave me a good basis as a performer. I began creating my own theatre shows, consequently, an agent signed me up and transitioned my performances into bigger theatre productions, as well as being cast on TV.

Move forward to 2020, due to the Covid-19 pandemic, all of my live shows got wiped out. A colleague sent me a link to a film festival, and thought, ‘Why not? A nice way to keep creative” during lockdown”.

Using my original character Banjo, I made a short film titled ‘Isolation’. Being a mime artist, my short film was more or less a silent cinematic experience! (With a bright musical soundtrack created by composer friend of mine, Evan ‘Moxie’ Kitchener)

One day I received a phone call from the Isolation Film Festival announcing that my short film ‘Isolation’ had won 2nd prize!

From that point onwards, I began creating more of my silent-styled films during lockdown. To my surprise, my films began screened around the world and won a few prizes along the way!

Following ‘Isolation’, I made two more short films in the lockdown theme. – ‘Lockdown’ & ‘Rise’. Also had the honor to create two tribute films for Chaplin Days at the Niles Silent Film Museum, California (US), and the Buster Keaton Convention in Muskegon, Michigan (US)

Now I am known as the mime who not only can dance but make films as well!

Anyhow, this is 20+ years in a nutshell.

Keep challenging yourself and you will grow personally and professionally.

We all face challenges, but looking back would you describe it as a relatively smooth road?
Not a smooth road at all.

At the beginning of my performing career, I worked at various odd jobs just to pay for my tuitions (petrol stations, food delivery, etc…), If I couldn’t pay for a specific class, I would simply teach myself. Saying that I have been very fortunate to have had worked with great artists and learn a lot from them.

Back then, I would literally write to a multitude of comedy clubs and venues enquiring if they’d be interested in having a “visual comedian among your stand-up acts”…. 99% of the time I would receive NO replies. “What’s visual comedy? Do you tell jokes?”, was the usual responses.

Persistence is key. Just breathe in and keep your head up.

Appreciate you sharing that. What else should we know about what you do?
Well, 20+ years in the performing industry, I have found my niche as a mime artist who combines visual comedy and dance, in which, has allowed me to be constantly employed.

Ironically, thanks, to Covid-19 lockdowns, I have been able to steer my career into filmmaking and video content. Now my films are travelling worldwide in a time where traveling abroad has become rather restrictive.

My films being silent, they are appreciated by every country that English isn’t their dominant language. Silent comedy is universal.

Please visit my social media platforms, and check out my videos. Please share if you desire.

Do you have any advice for those looking to network or find a mentor?
Set a goal on what you wish to aim towards, and prepare the steps to get there.

Mime was the basis for me.

Something that isn’t learnt overnight. Gain the knowledge and put it into practice.

“Attracting your tribe” (as one would say) is great for like-minded support. Also, my parents & family have been quite supportive throughout the years.

Wish to thank Ms. Barbara, as she still supports me throughout the years since my high school days. Also, the Great comic mime, Glynn Nicholas for the opportunities given and support.

Once you set your goals and path, you will eventually meet great people that will become your mentors. Always be open to the opportunities that lays upon you.

Believe in your skills & talents. 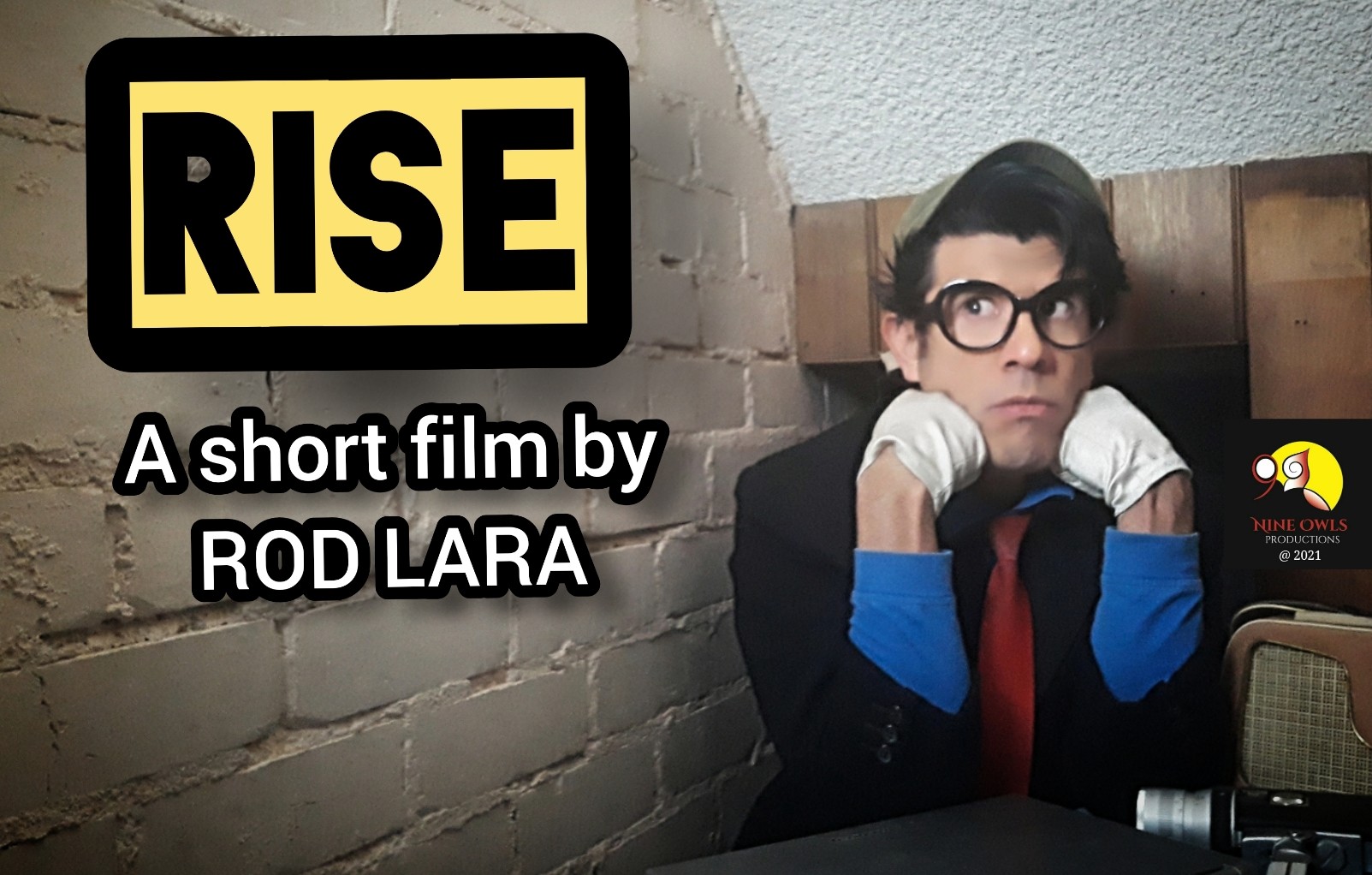 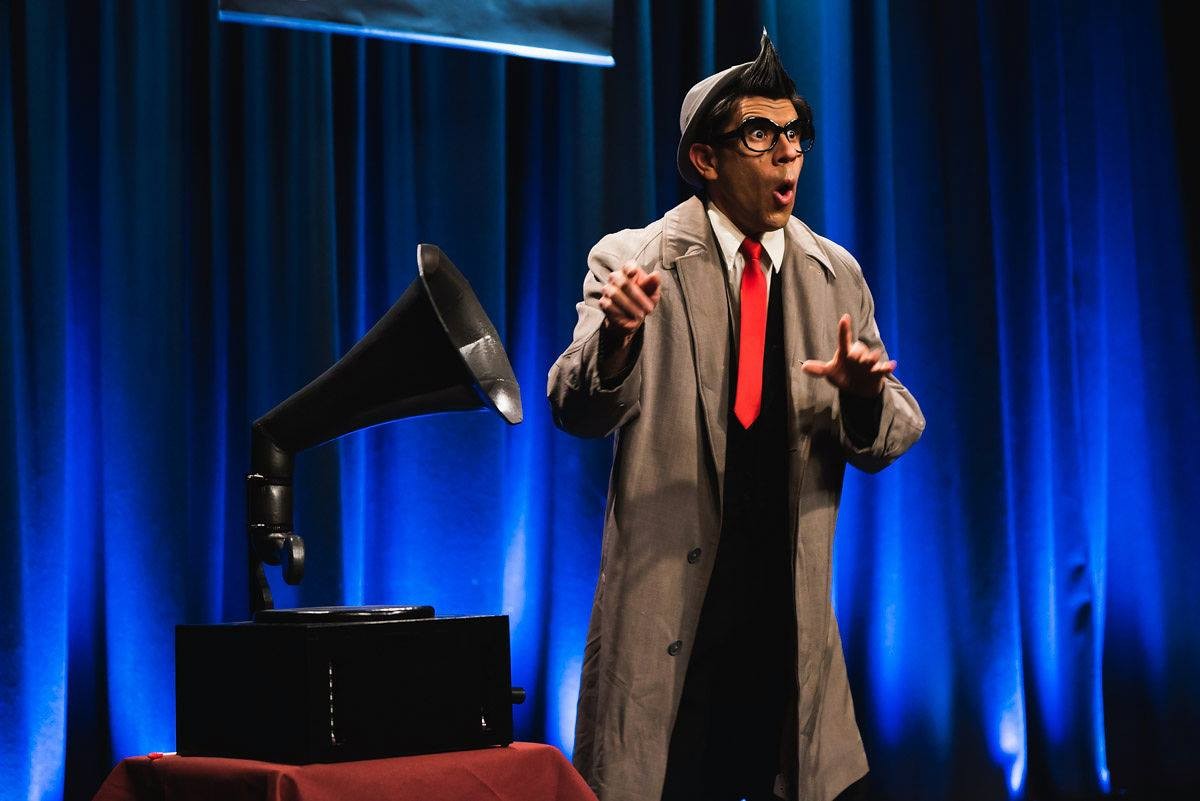 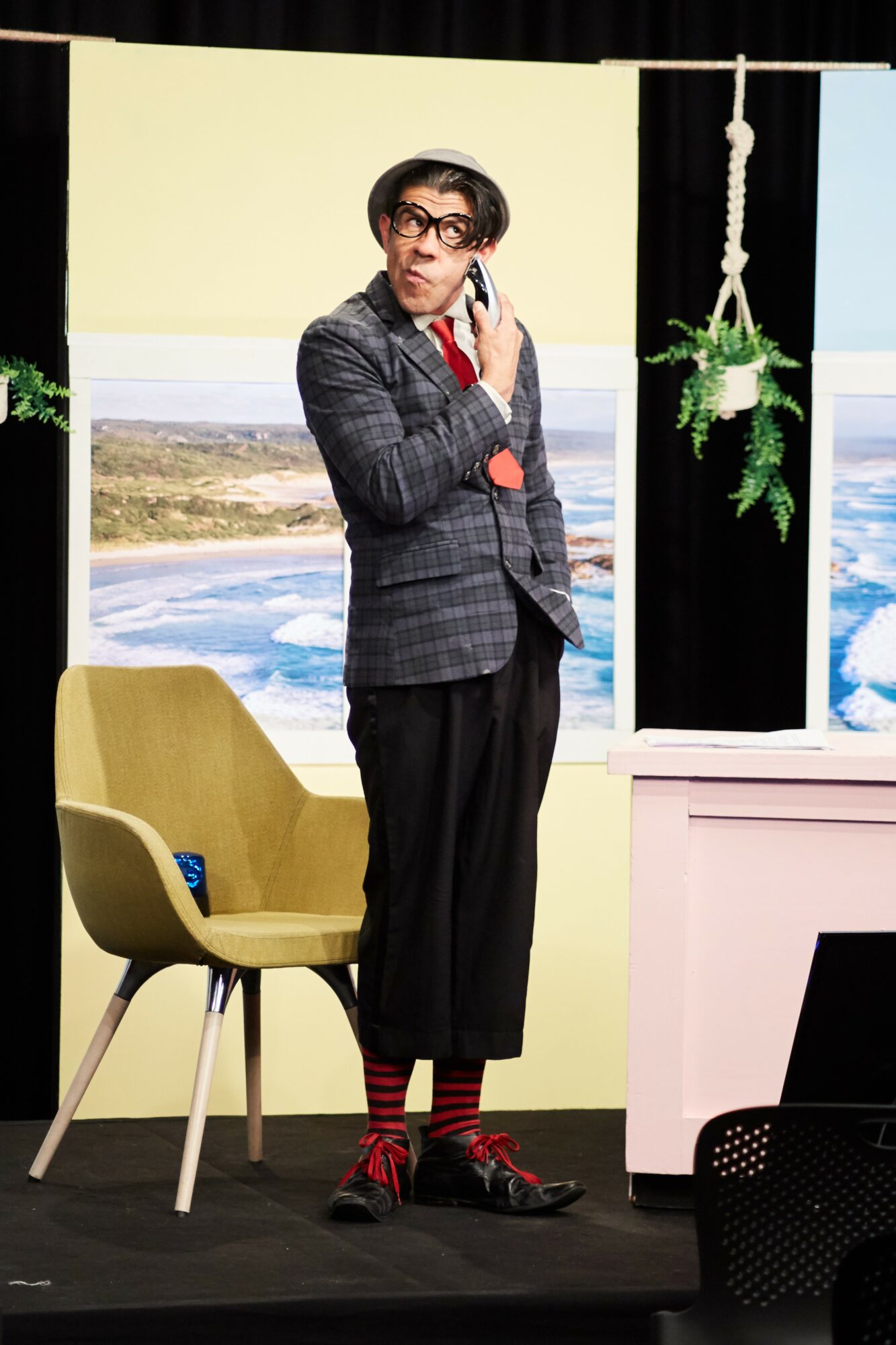 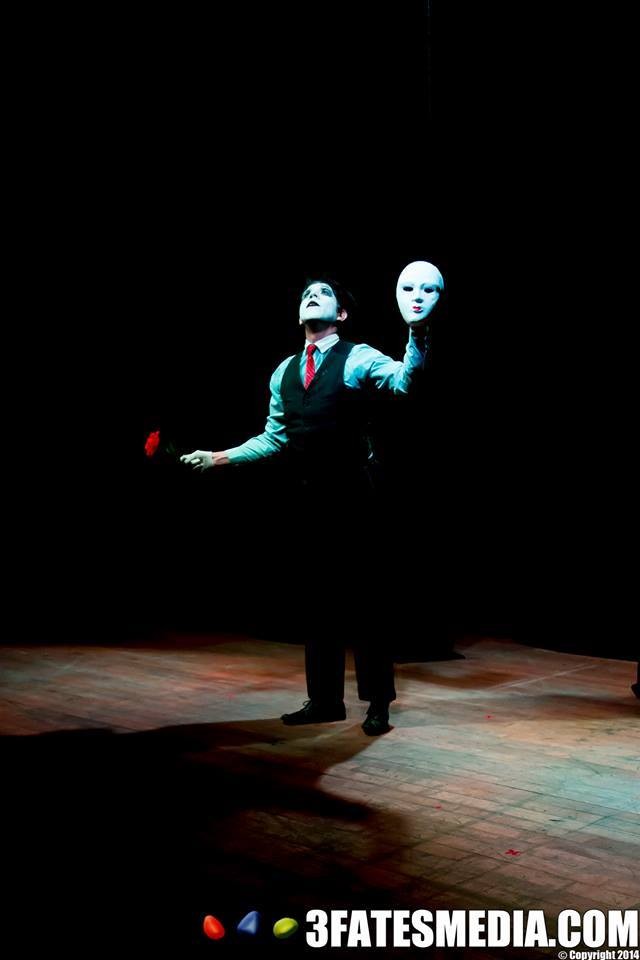 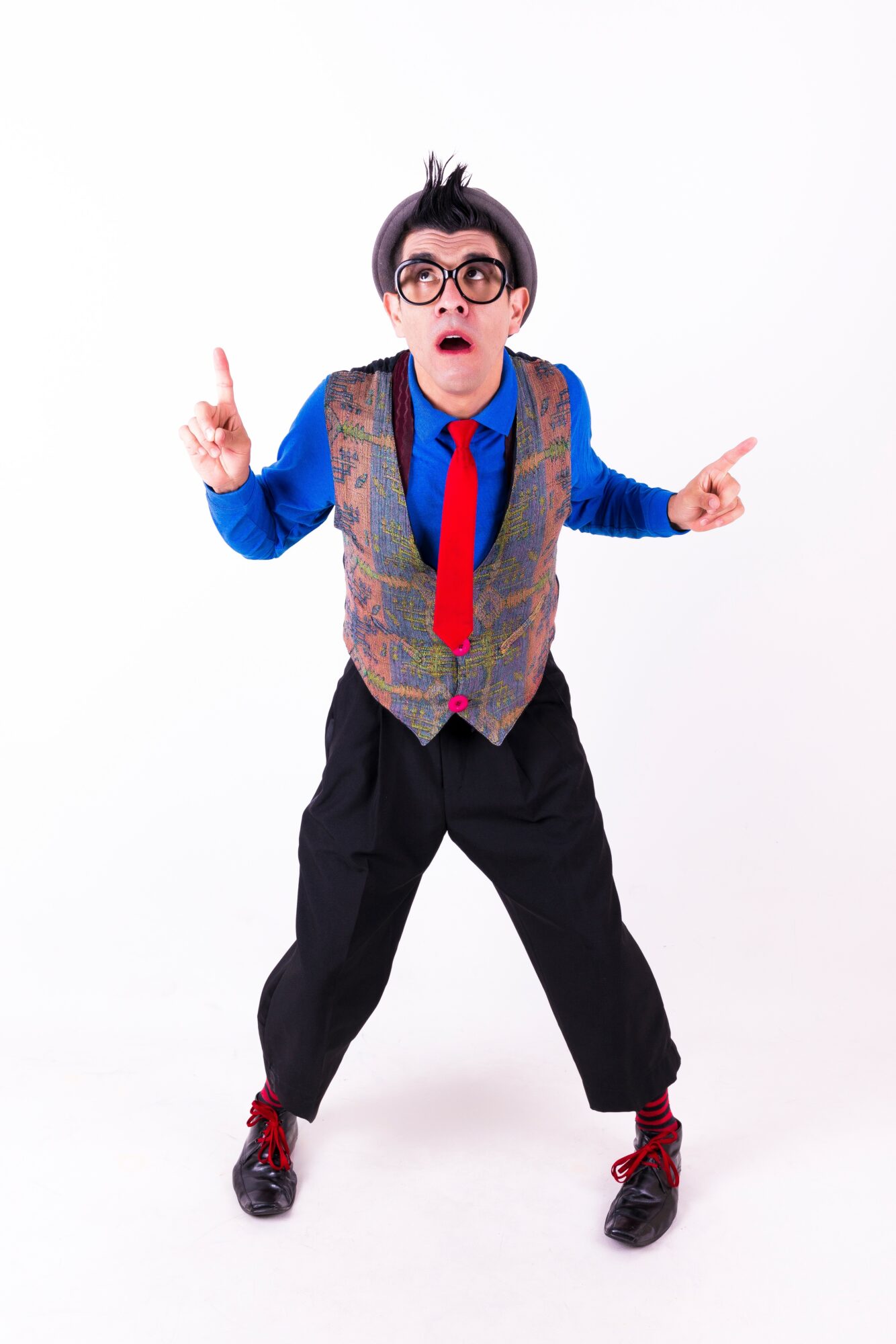 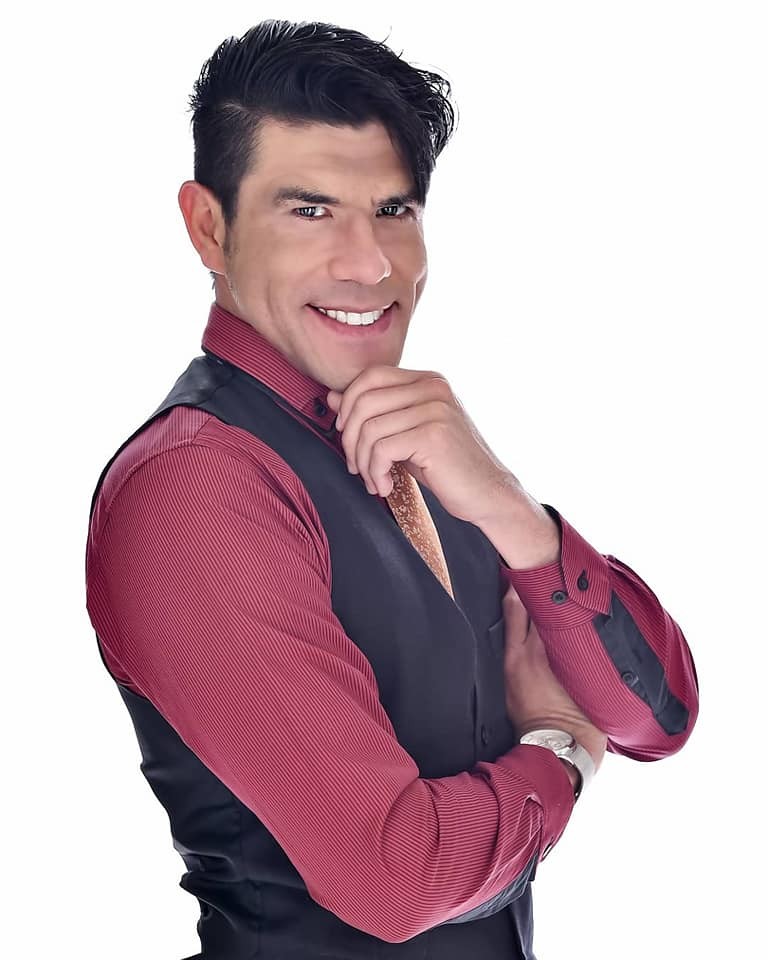 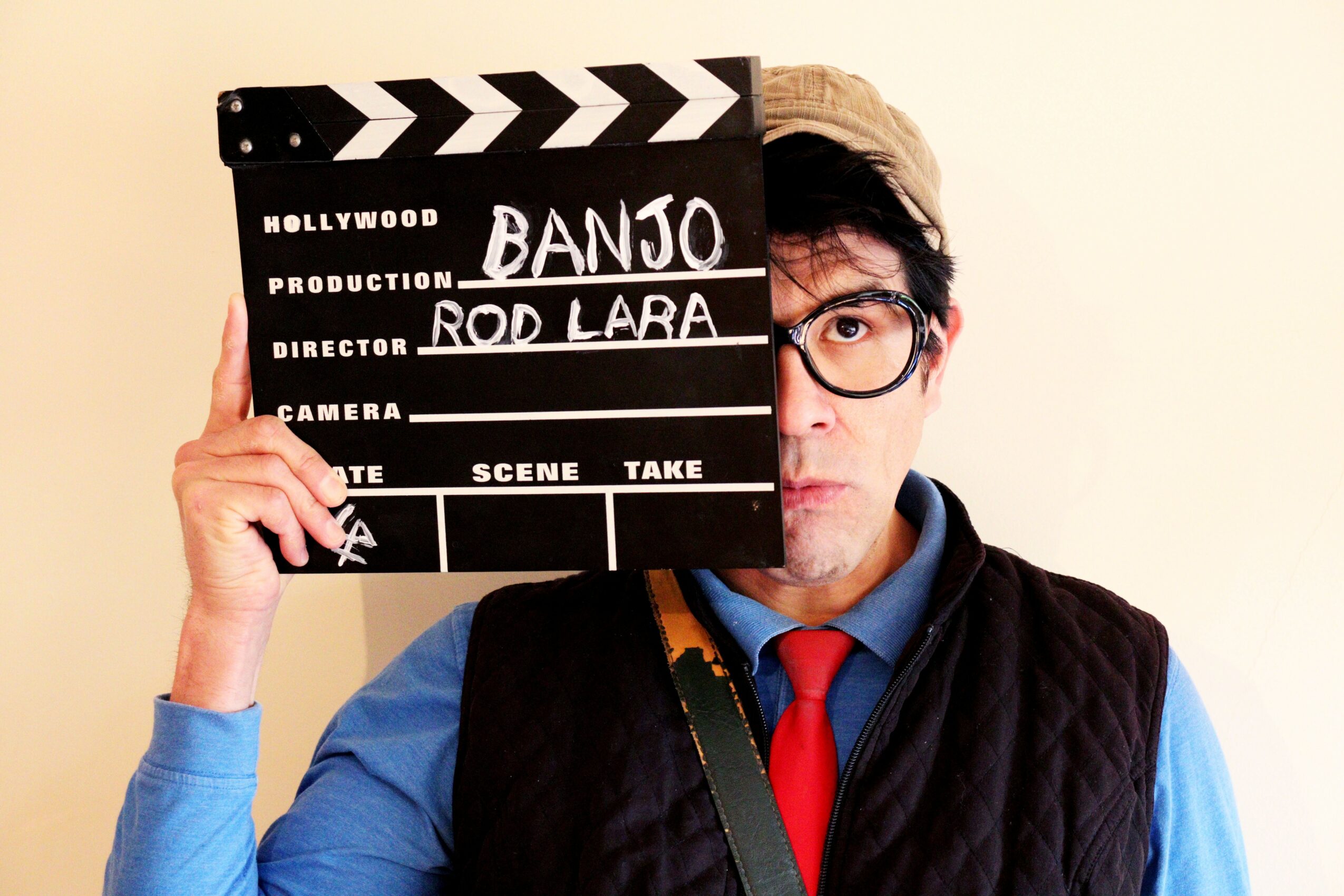 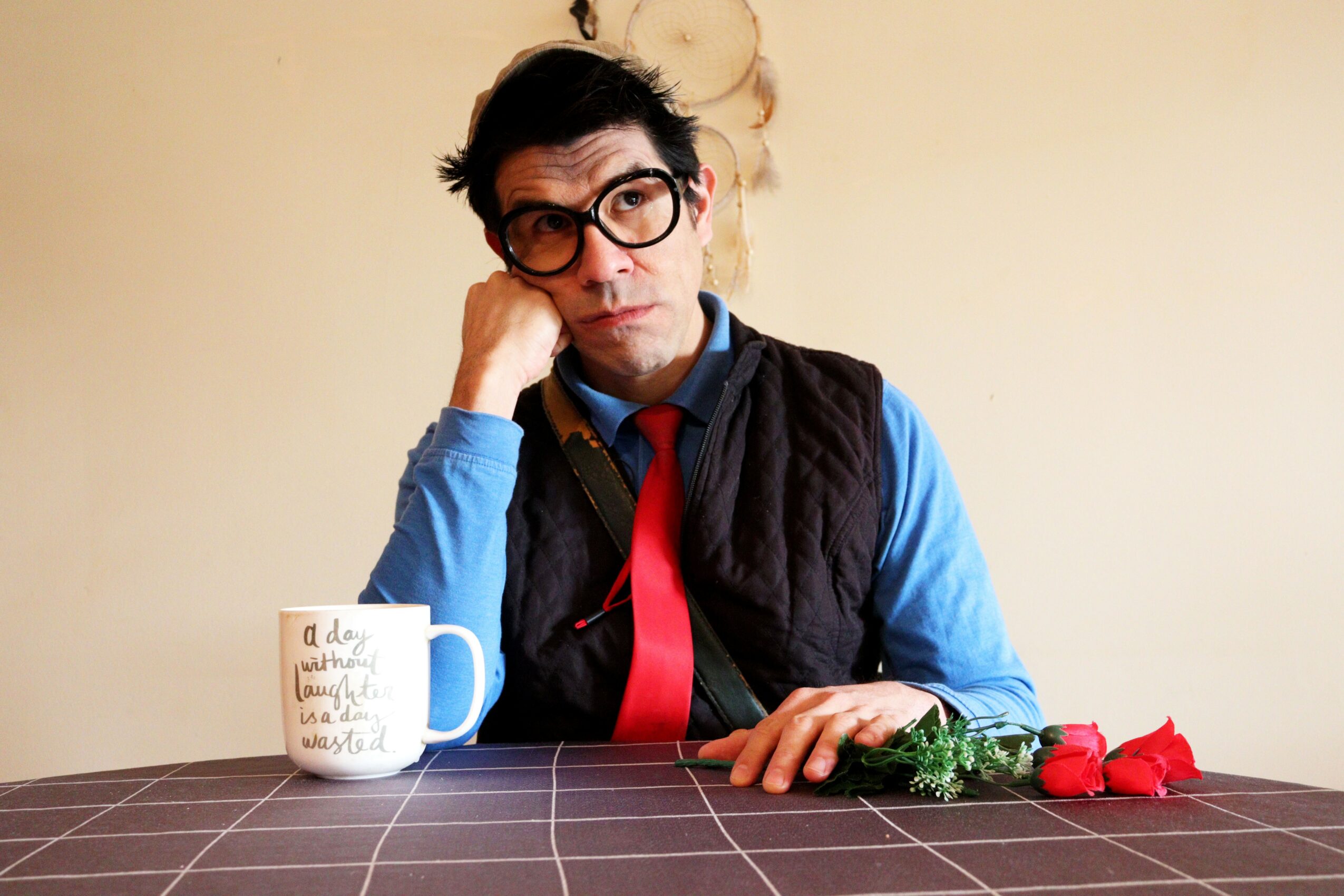 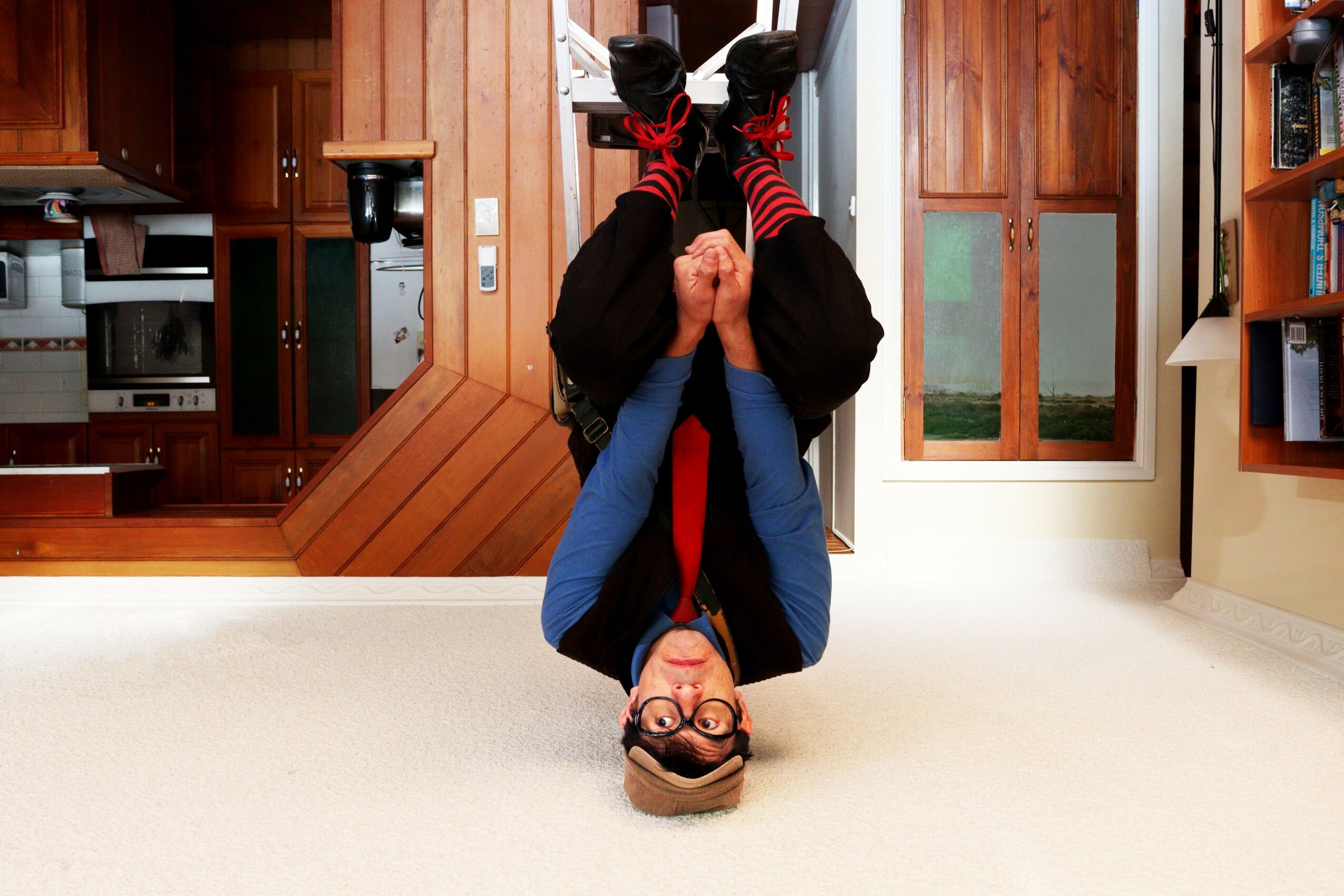 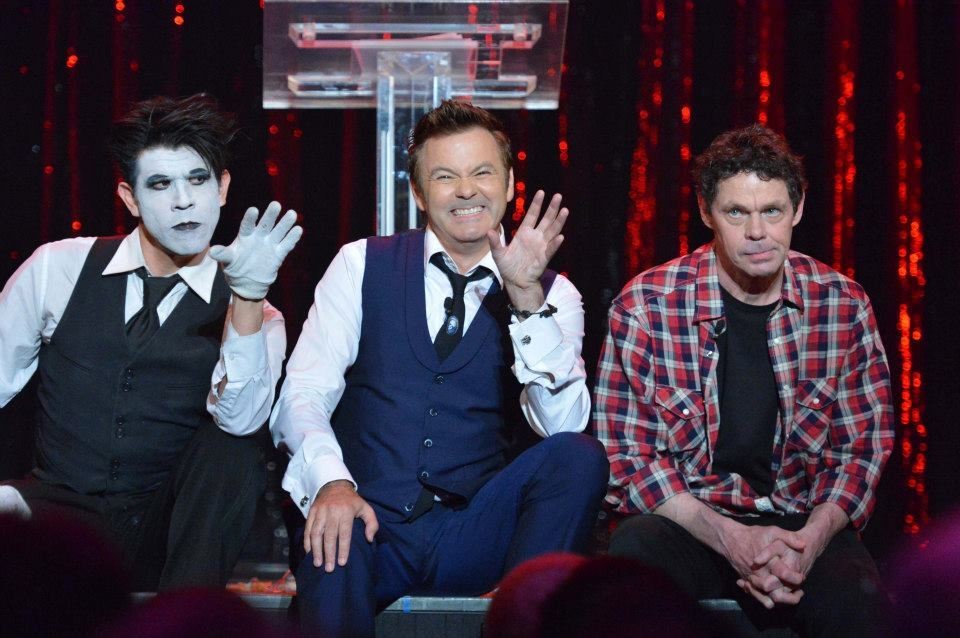 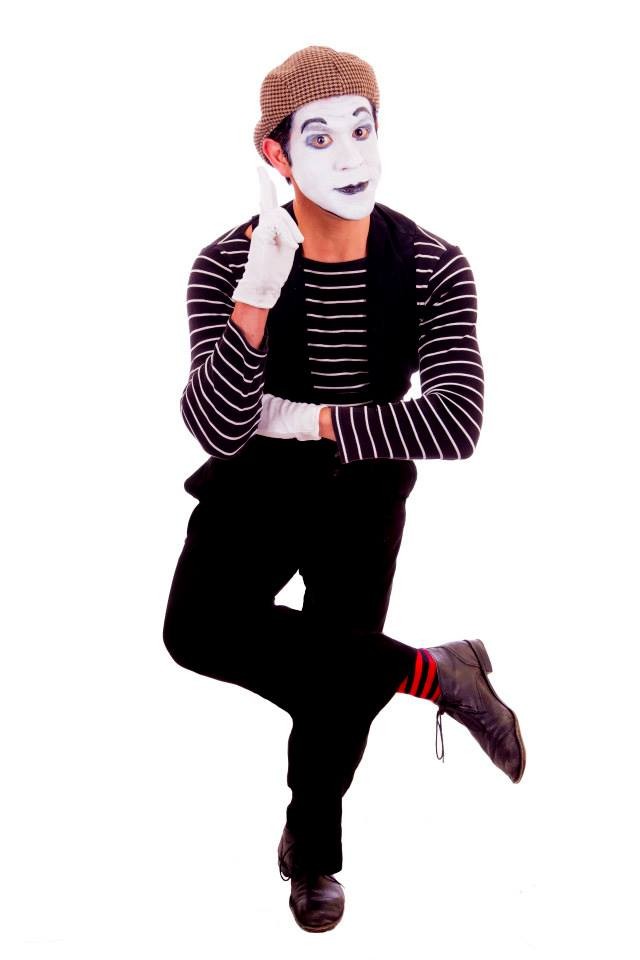 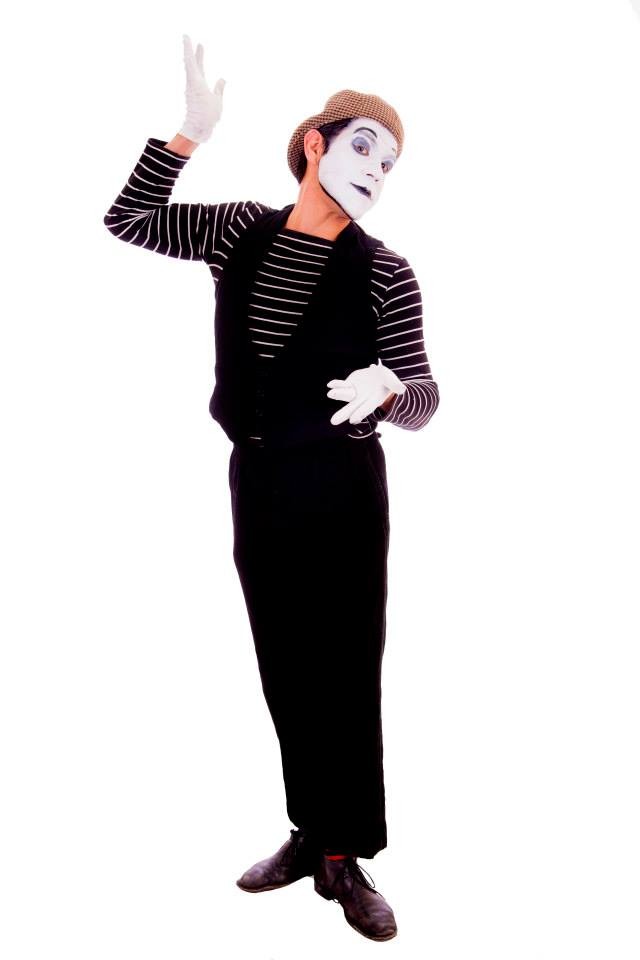 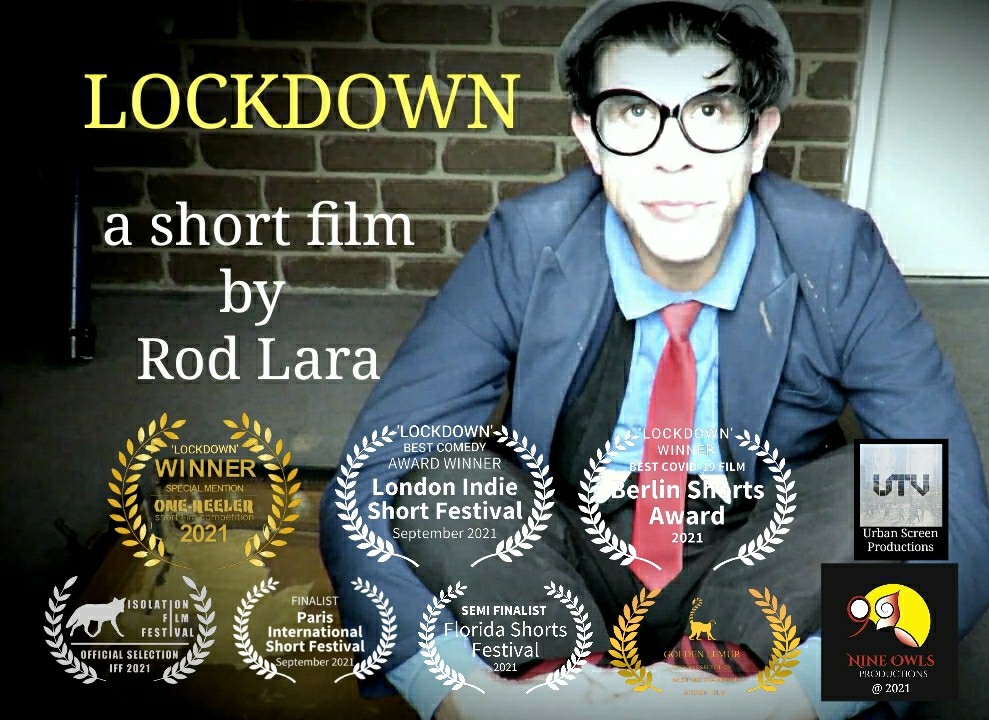 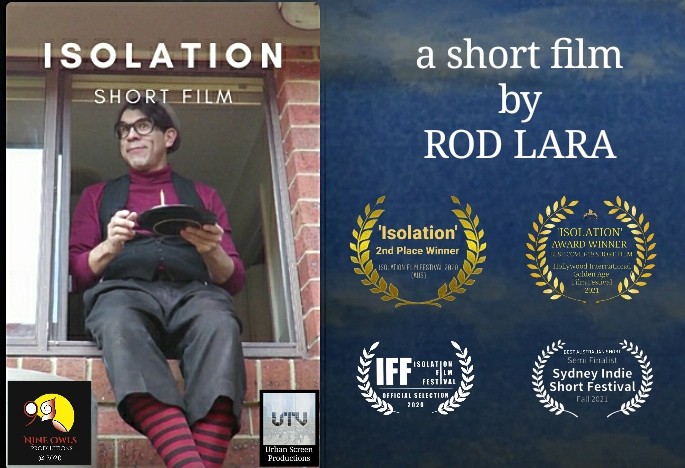 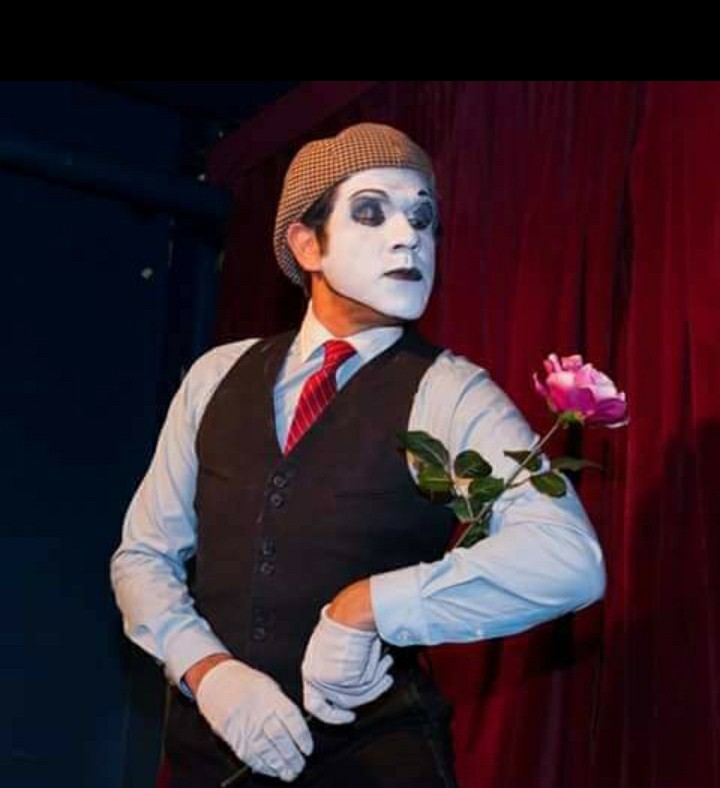