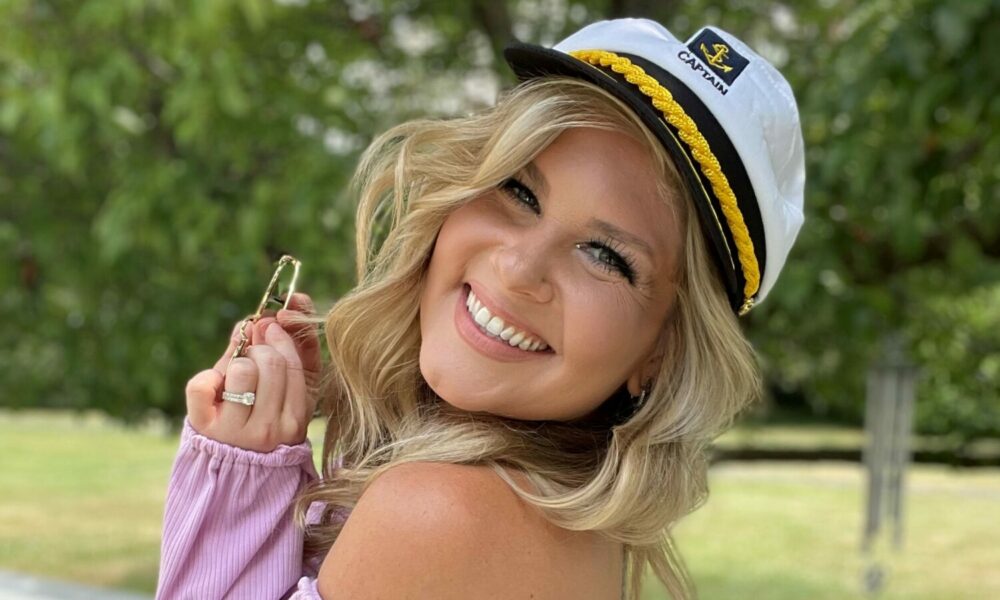 Today we’d like to introduce you to Claudia Chiavaroli.

Hi Claudia, we’d love for you to start by introducing yourself.
I was one of those people who always said, “I would never join TikTok.” About four days into lockdown, on March 2o2o, I decided to download the app and immediately got sucked into it because it was helping take my mind off of what was going on in the world.

I made a couple of videos to try it out before asking my husband, Scott, to join in. We did a remake of the movie, Stepbrothers, which took off, and shortly after I had my first viral video with millions of views. I quickly started realizing I was doing for others what the app was doing for me; I was their escape from the world even if it was for a quick 15-second laugh.

Over the last two years, I have organically grown my account to over 750,000 followers who are some of the most loyal and dedicated people in the world. I can proudly say I have hardly if any, negative comments on my videos and everyone just genuinely loves being there on this journey with me and watching me grow.

After the countless messages and comments from people telling me I’ve saved them from some of their darkest times, helped with their depression, and simply made their days better, I decided at 33 years old it was time to finally follow my passion. I never knew what I wanted to do with my life in terms of work but always knew I loved making people laugh.

So I just sold my embroidery business and dove full-time into being a content creator. I spend twelve hours a day planning, shooting, and editing videos, and I have truly never been happier. Who knew a quick download of an app could change my life in the best way forever?

Alright, so let’s dig a little deeper into the story – has it been an easy path overall, and if not, what were the challenges you’ve had to overcome?
My career as a content creator has been pretty smooth but the biggest struggle is dealing with the app itself. TikTok is known to not be the most “fair,” for lack of a better word.

Many creators experience the emotional rollercoaster that comes along with the job because we are constantly dealing with low views when they shouldn’t be, algorithm changes, and personally, my biggest issue I deal with is an inaccurate follower count. I gain over 10,000 followers a day based on my notifications but they’re hardly ever added to my total count.

People who aren’t content creators often think that’s a silly complaint but when this is your career, and you depend on those followers to get brand deals so you can actually make money for your hard work, it can be very disheartening. So yeah, I think the best word to describe the app sometimes is not fair.

Instead of letting it get me down, which it has in the past, I’ve learned that everything in life happens for a reason at the right time. I may not be growing as quickly as I should be according to the numbers, but I’m going to get to where I want to be when it’s meant to happen.

As you know, we’re big fans of you and your work. For our readers who might not be as familiar what can you tell them about what you do?
When I first began content creation, my specialty was original comedy and relatable content. I learned something from Shark Tank that basically said you’re more likely to be successful if you can appeal to the masses rather than a small market of people.

With that, I created content that was relatable to the majority of people; marriage topics, kids, and everyday life. When guidelines became more strict and everyone panicked over losing their accounts, I shifted to doing safe trends everyone else was doing but still always made them my own. My biggest requirement for my videos is to always stay original in a world where so many just copy everyone else; it’s all about creativity baby!

With that being said, I never really had a niche of any kind until earlier in 2022 when the “lip-sync battle,” began. Creators were essentially competing to see who could do the best lip-sync or voice-over. I randomly decided to try it out one day and almost immediately that became my new niche. I started by using the same sounds the other creators were using but then thought to myself, “How can I switch this up?”

Thinking back to my Shark Tank inspiration, and looking at my analytics of followers and their ages, I decided to start recreating iconic movie scenes from the 90s and 00’s that would unlock memories for people every day. My account grew to over 100,000 followers in a few days after I started doing this and I’ve been running with that ever since.

Now, I upload around 3-5 videos per day and while I still include those classic movie scenes, I also do videos such as makeup transitions, fun dances to get everyone’s energy and vibrations higher, as well as funny relatable content, so I can appeal to as many people as possible. People see a 15-60 second video on their feed but often don’t realize how much work goes on behind the scenes.

So at this point of my career, I specialize in voiceovers and also acting. What really sets me apart from others is I don’t just say the words from characters in clips, I morph into each character I play; I study their facial expressions, and body language, and dress just like them! This is what landed me on so many news outlets recently.

The proudest moment in my career so far was when someone texted me and said, “Omg, you’re on Inside Edition and CNN!” I literally ran to my TV and seeing my face on the news was so surreal. Then I searched Google and saw various articles about my voiceovers, and I even made it on the big screen in Australia!

I was acting as Amber Heard during the trial and many articles said I was better at acting than her; not what I thought I’d make the news for but was still really awesome for me to experience.

As for what else I’m most proud of, it’s definitely that I’ve stayed true to myself and grown this much as a creator simply by being me. I’ve always been kind of a “loner,” as my videos are mainly just me, and to be where I am today just from that is pretty incredible. What sets me apart from others is my dedication to my craft. My brother always says, “You live in a TikTok world,” and it’s true.

I eat, sleep, and breathe content and I’m constantly thinking of what I can do next and make sure to keep my content original, which is hard to do in a world where videos of that same thing go viral all the time. I’m also so proud of finally finding myself even if it is at 33 years old.

I used to struggle a lot with body image and self-love so you’d think putting yourself out there on the internet, a place that can often be so cruel, would potentially negatively affect someone but it has made me love myself so much and find the confidence I’ve always lacked.

I always say I’m a “jack of all trades,” because I have so many talents but never pursued any of them for lack of confidence, but I’m finally doing what I’ve always dreamed of; making people laugh, smile, and feel good.

Can you talk to us a bit about the role of luck?
Good and back luck playing a role in my life and my career is a tough one because I believe everything happens for a reason.

I went through some of the toughest setbacks prior to and during my time as a creator but anything that could be seen as bad luck, in my eyes, was only a test to make me stronger and push me even harder. I didn’t think that way at the time but looking back, I’m grateful for everything I’ve endured because it’s all a learning experience.

I can confidently say at this point in my life and career that I feel extremely lucky and blessed to be where I am. Buying our dream home in Summerville and moving to South Carolina is the next chapter in this book of life and I can’t WAIT to see what new experiences and opportunities are ahead! 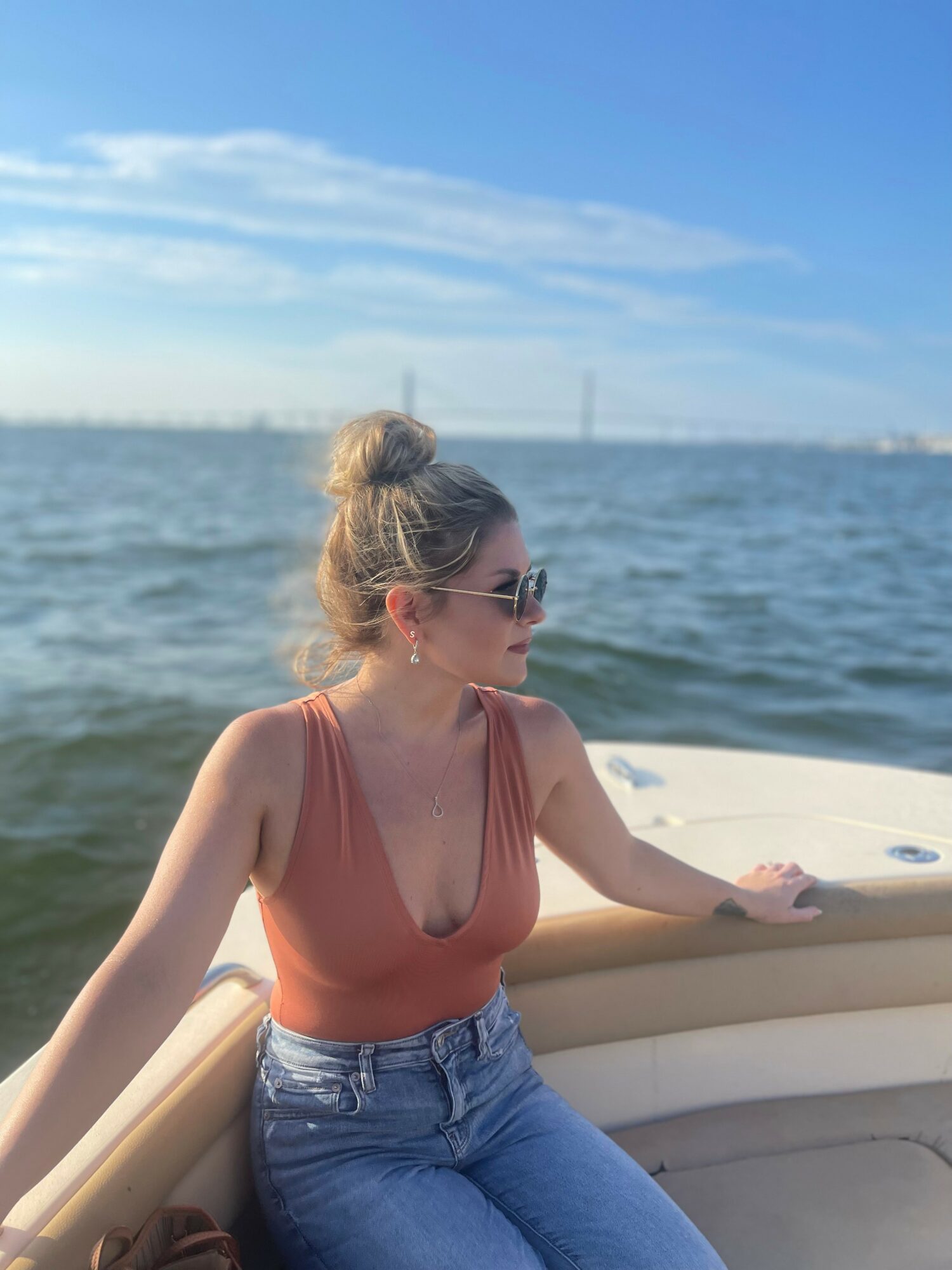 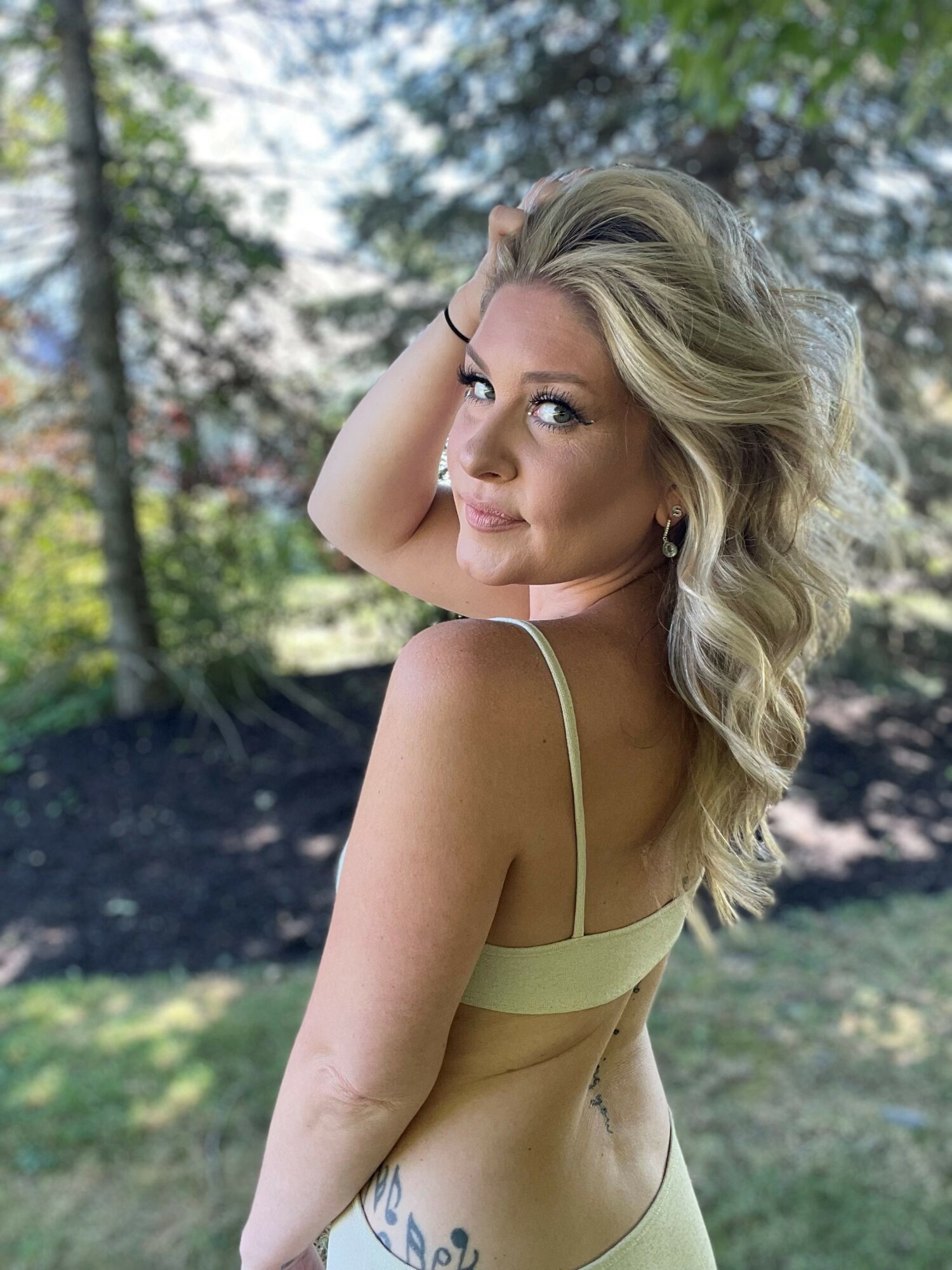 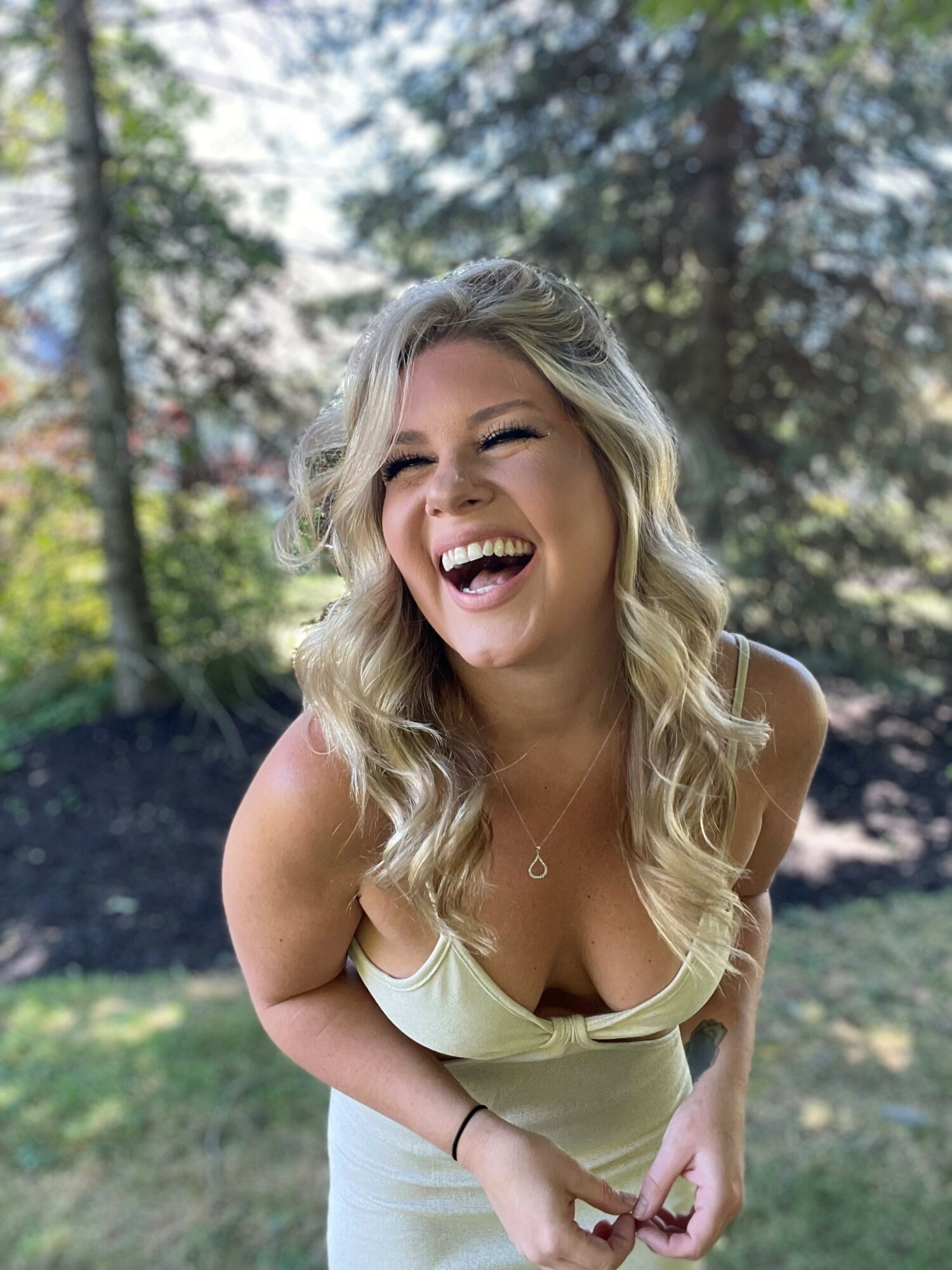 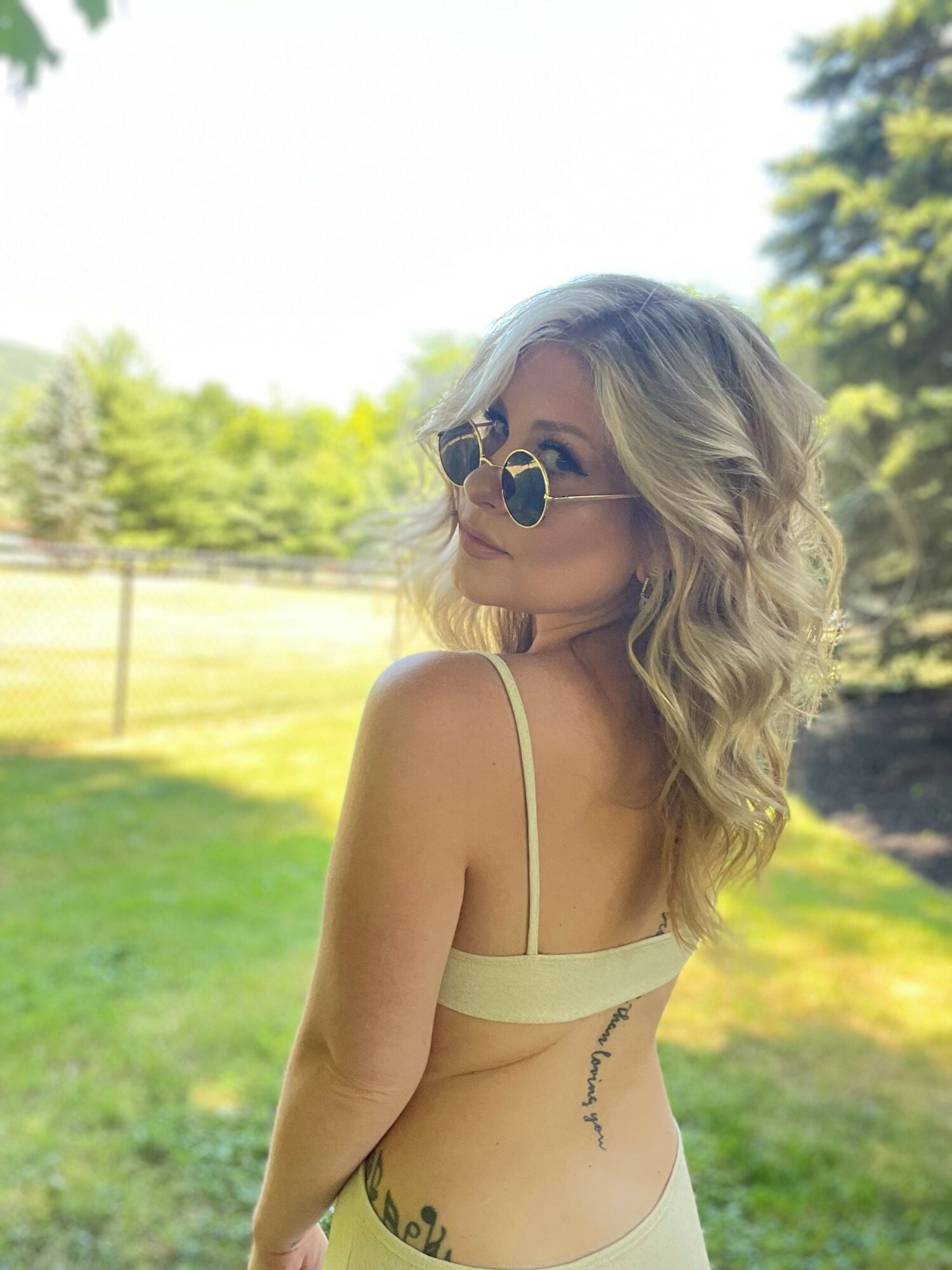 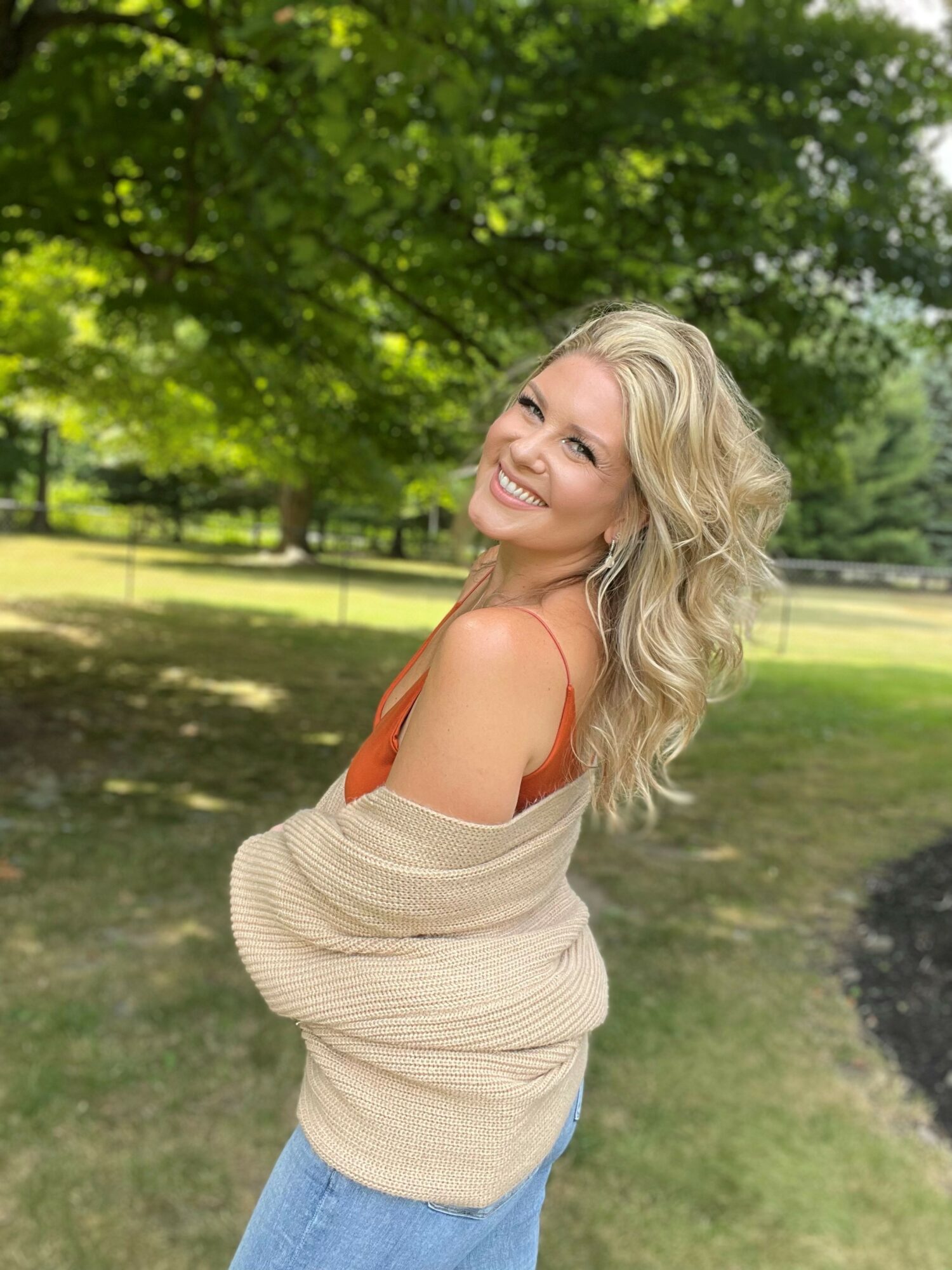 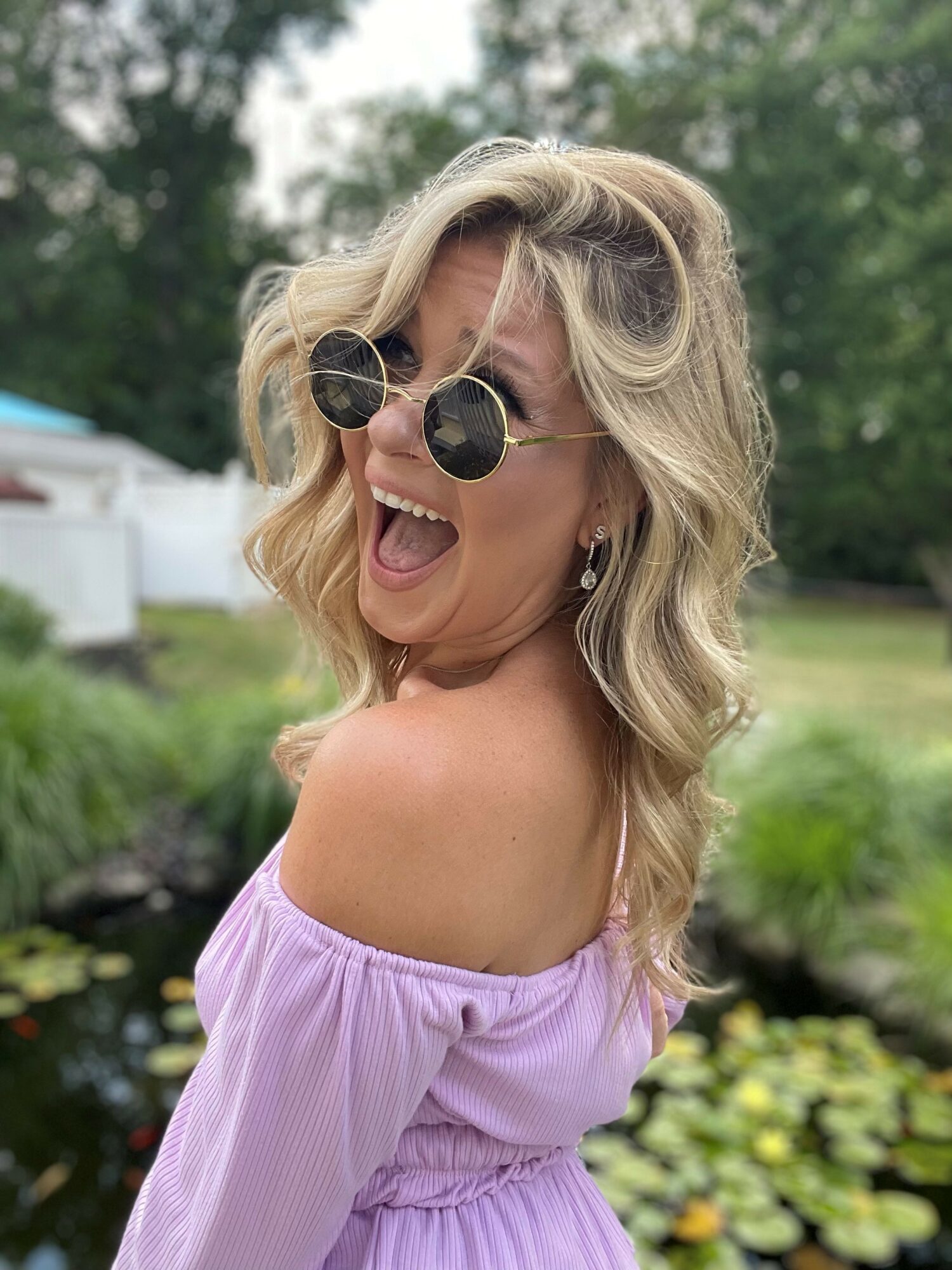 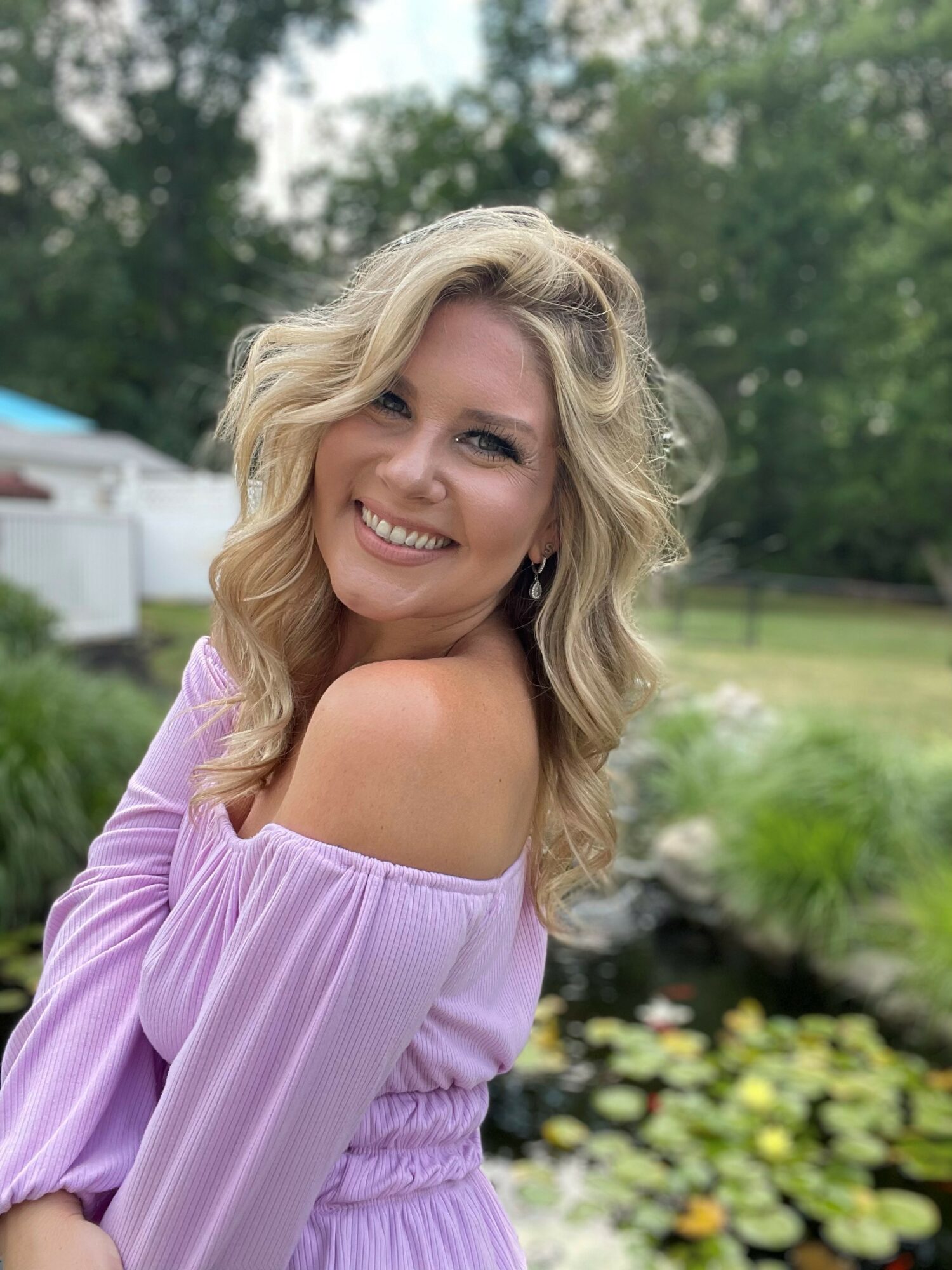 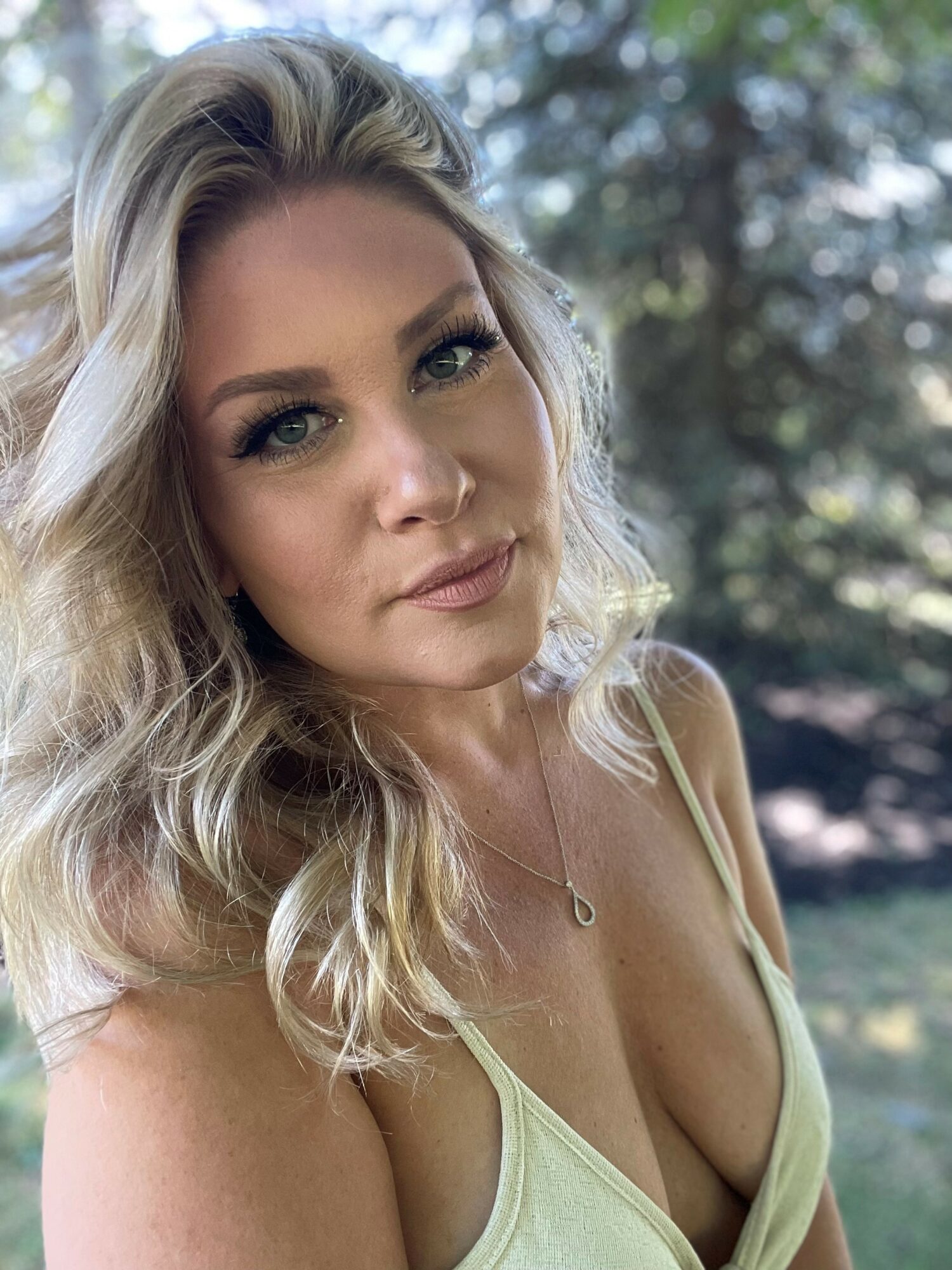 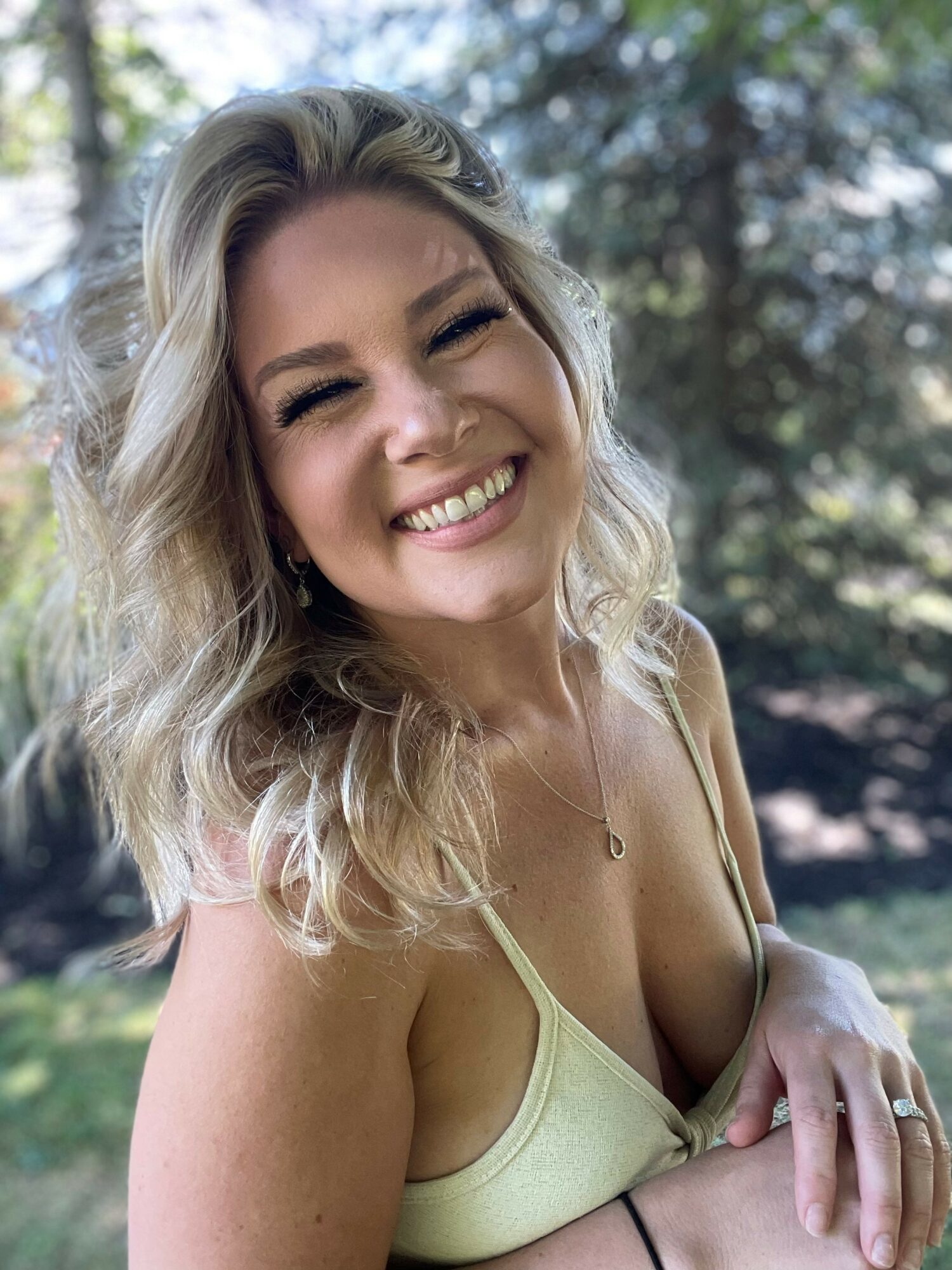 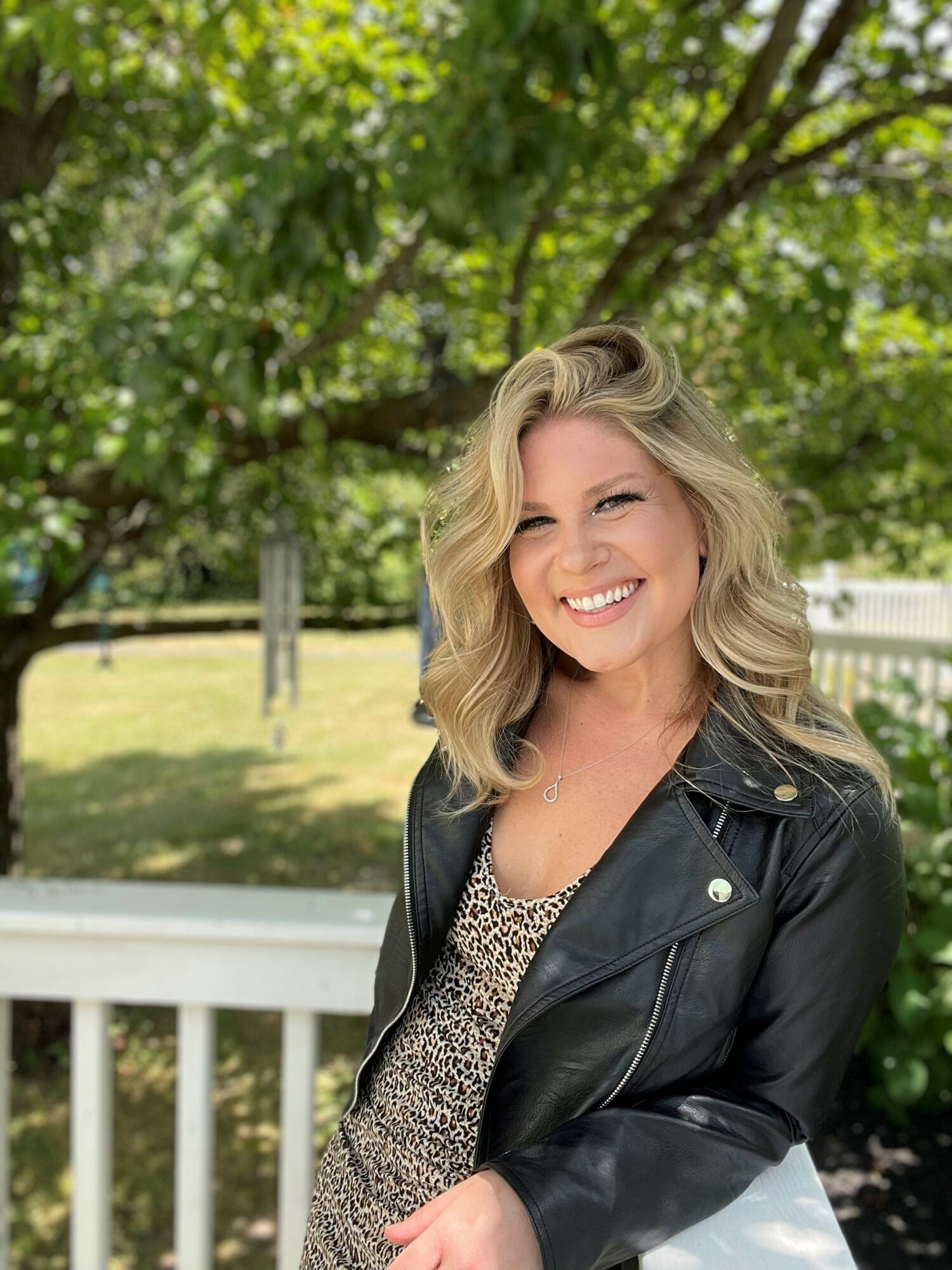 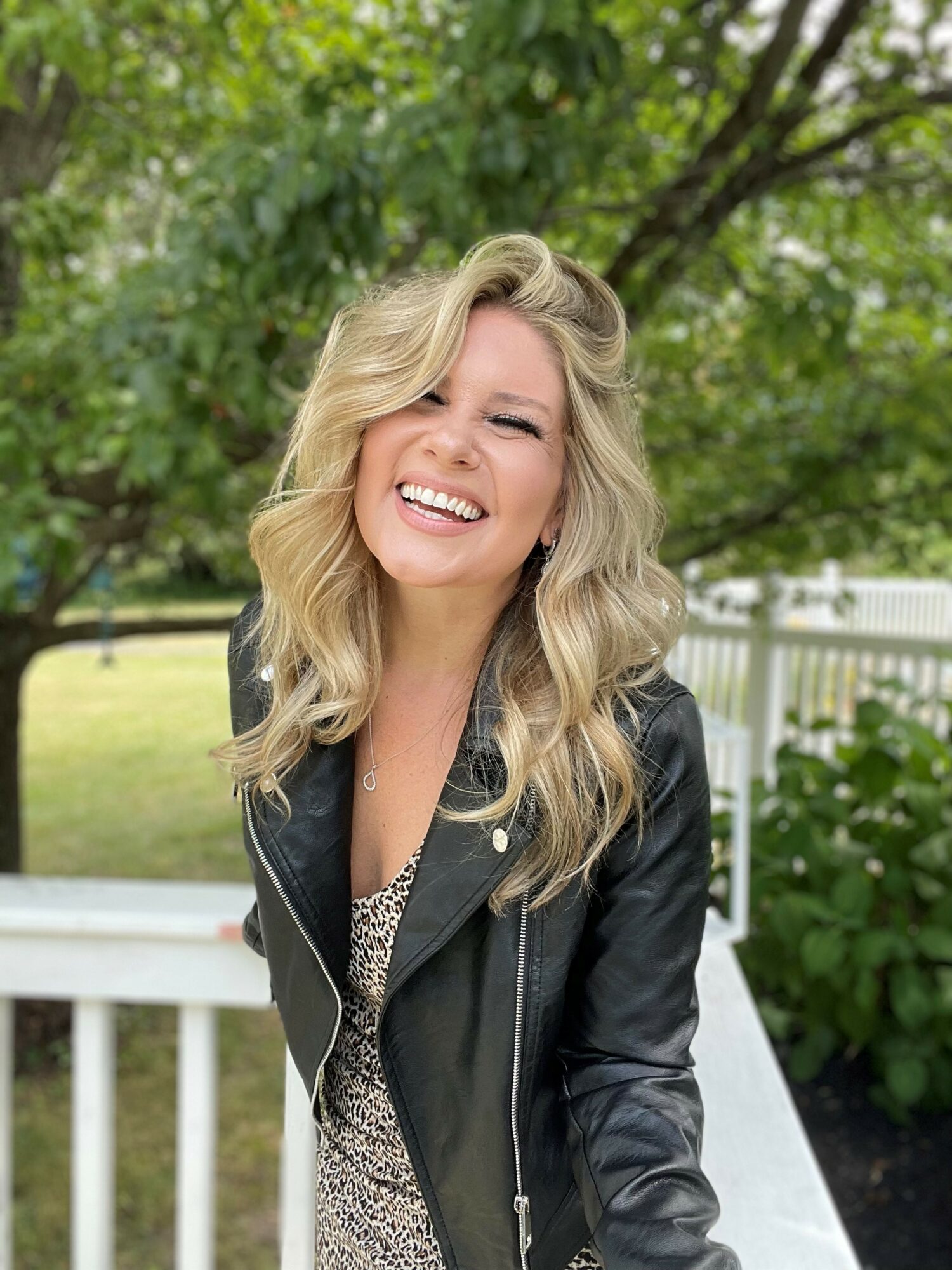 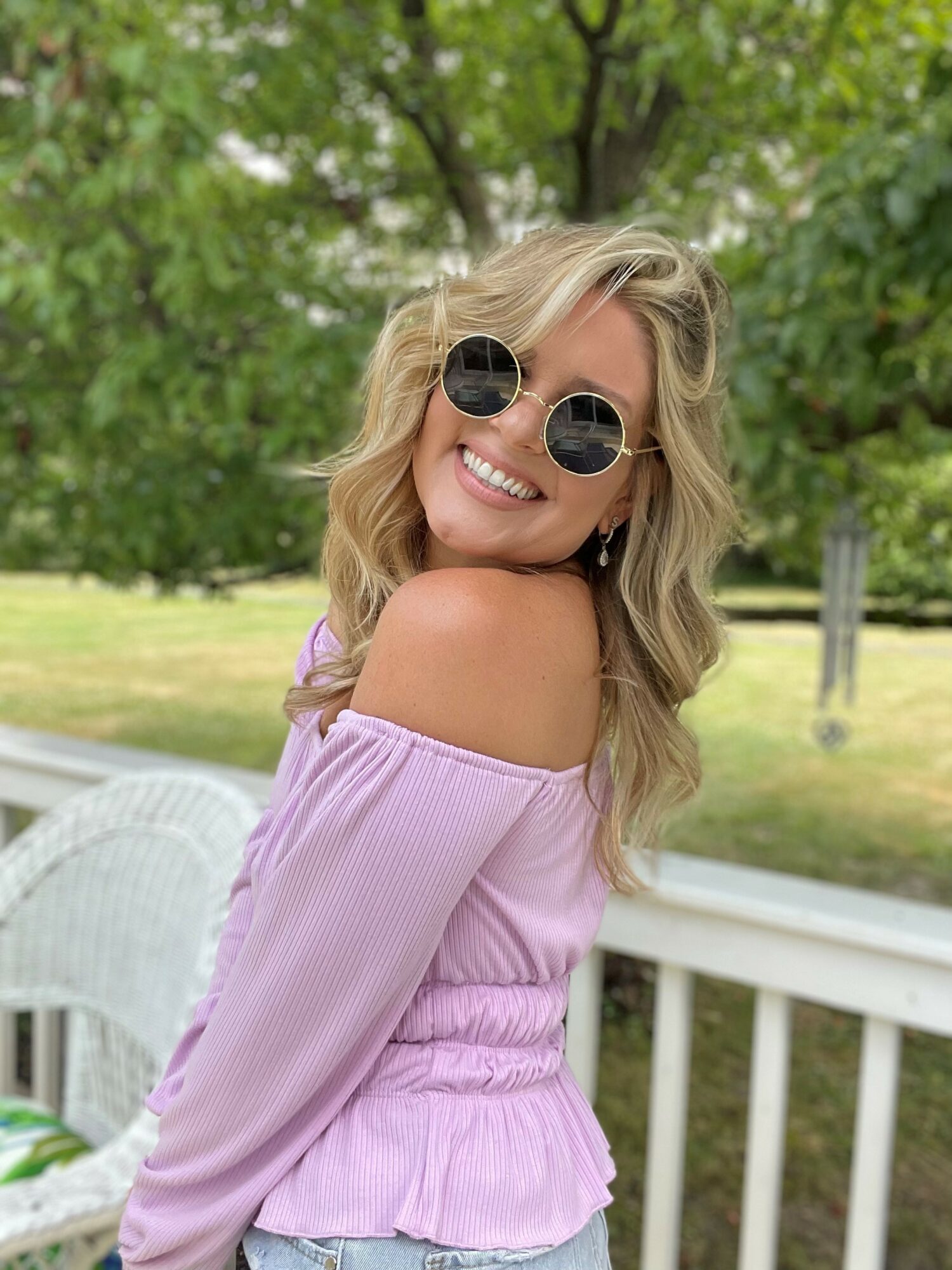