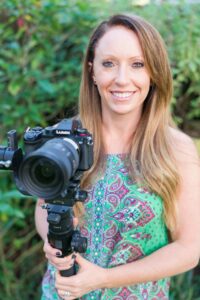 Today we’d like to introduce you to Jessie Smith.

Alright, so thank you so much for sharing your story and insight with our readers. To kick things off, can you tell us a bit about how you got started?
From a young age growing up in Boston, I always loved to film and document life. I first began creating home videos of my family with my dad’s camcorder in 3rd grade and loved making silly videos with my friends. I still have boxes full of High 8 and Mini DV tapes in my closet. After earning degrees in Media Communications and Spanish at North Carolina State University in 2004, I began my career in video production working as an editor and camera operator on a cooking show in Raleigh, NC. In 2005, I moved to Charleston, SC where I began working as an editor and producer for Litton Entertainment. Over the course of several years, I worked on a variety of nationally televised docu-reality TV series, including Dog Whisperer with Cesar Millan: Family Edition, Calling Dr. Pol, The Brady Barr Experience, The Great Doctor Scott, Chicken Soup for the Soul: Hidden Heroes, Exploration with Richard Weise, Animal Exploration with Jarod Miller, and Hometeam. In 2011, I directed, produced, and edited a docu-reality TV series called Rescue Vet for Hollywood SC Studios. The 13-episode docu-reality series aired on Animal Planet and Nat Geo Mundo in over 100 countries. That same year I founded Palmetto Coast Media and began creating TV series and videos for businesses, nonprofits, weddings, and more. As Palmetto Coast Media continued to grow over the past decade, so did the demand for wedding videography, so I decided to create a second videography company that focuses solely on weddings. In the spring of 2020, I rebranded and launched Palmetto Wedding Films. Since filming our first wedding in 2011 (initially under the name Palmetto Coast Media), we have served over 140 couples in SC, NC, GA, and beyond. I have loved every minute of my career in video production over the past 18 years and am so excited to see where 2022 takes me!

We all face challenges, but looking back would you describe it as a relatively smooth road?
I look back on how I’ve progressed over the past 18 years in my career and it has been quite the journey. I was very inexperienced when I graduated college and was basically thrown into the fire with my first full-time job as an editor for a nationally televised TV show, but it was the best way for me to learn. It forced me to be creative on a deadline and learn from my peers. There were several times between 2005 and 2018 when I was given a week to edit a 30-minute episode from scratch, all by myself. I would edit for 15+ hours a day and basically had no social life, but it really gave me an appreciation for how the television industry works and it pushed me to be creative on a tight deadline, while producing high quality work. I loved being able to create content for people to view all over the world. It was an amazing experience and totally worth all the long hours. Another challenging time was when COVID hit. I was out of work for 4 months, so I took that time to sit back and take a hard look at how I could improve both Palmetto Coast Media and Palmetto Wedding Films. It was a great refresher and also helped me create a better work-life balance.

Appreciate you sharing that. What else should we know about what you do?
I own two video production companies – Palmetto Coast Media & Palmetto Wedding Films. Palmetto Wedding Films specializes in weddings, rehearsal dinners, vow renewals, proposals, and elopements. Palmetto Coast Media is essentially everything but weddings. From event highlights to branding videos, to nonprofits, to docu-reality TV series, we cover a wide variety of video production.

When I work with a Palmetto Coast Media client, the goal is simple: create beautiful videos that help tell their story. I take the time to understand what makes their organization unique, what their goals are, and what story it is that they want to tell.

When I work with a Palmetto Wedding Films couple, the goal is to capture every special moment and detail. I want them to feel like they are relieving the day all over again by watching their video.

Communication and sticking to deadlines are two things I work very hard to maintain as well for both business. I want to be there to answer any questions a client has and make sure we are delivering projects to them on time, every time.

In 2012, I co-created, co-produced, directed, filmed, and edited a docu-reality TV series called Give Me Shelter, featuring the Charleston-based animal shelter, Pet Helpers. The series aired on Nat Geo Wild, Nat Geo Mundo, Hulu, and Animal Planet in over 100 countries. That was probably the biggest moment of my career and I am forever grateful for that opportunity!

In 2019, a video we created for Pet Helpers was voted as the Best Locally Produced Video in Charleston City Paper. What an honor that was to receive so much love and support from the community!

I also posted a tearjerker of a clip from a vow renewal ceremony that I filmed, which currently has 6.1 million views on TikTok, 2.7 million views on Instagram, and was name #4 Most Watched Video of 2021 by LoveStories TV. Social media can really be quite the blessing sometimes!

Before we go, is there anything else you can share with us?
When I’m not producing videos, I enjoy spending time with my husband David and our four dogs and cat (we have a zoo, I know), cruising around Folly Creek on our boat, kayaking, paddleboarding, going to the beach, traveling, and enjoying all the delicious cuisines and cocktails Charleston has to offer.

It has been such an honor to work with so many amazing clients in the Charleston area over these past 16.5 years. I am so excited to see where the future takes Palmetto Coast Media and Palmetto Wedding Films. If you need a video for your business or your wedding, please feel free to reach out. We would love to help tell your story! 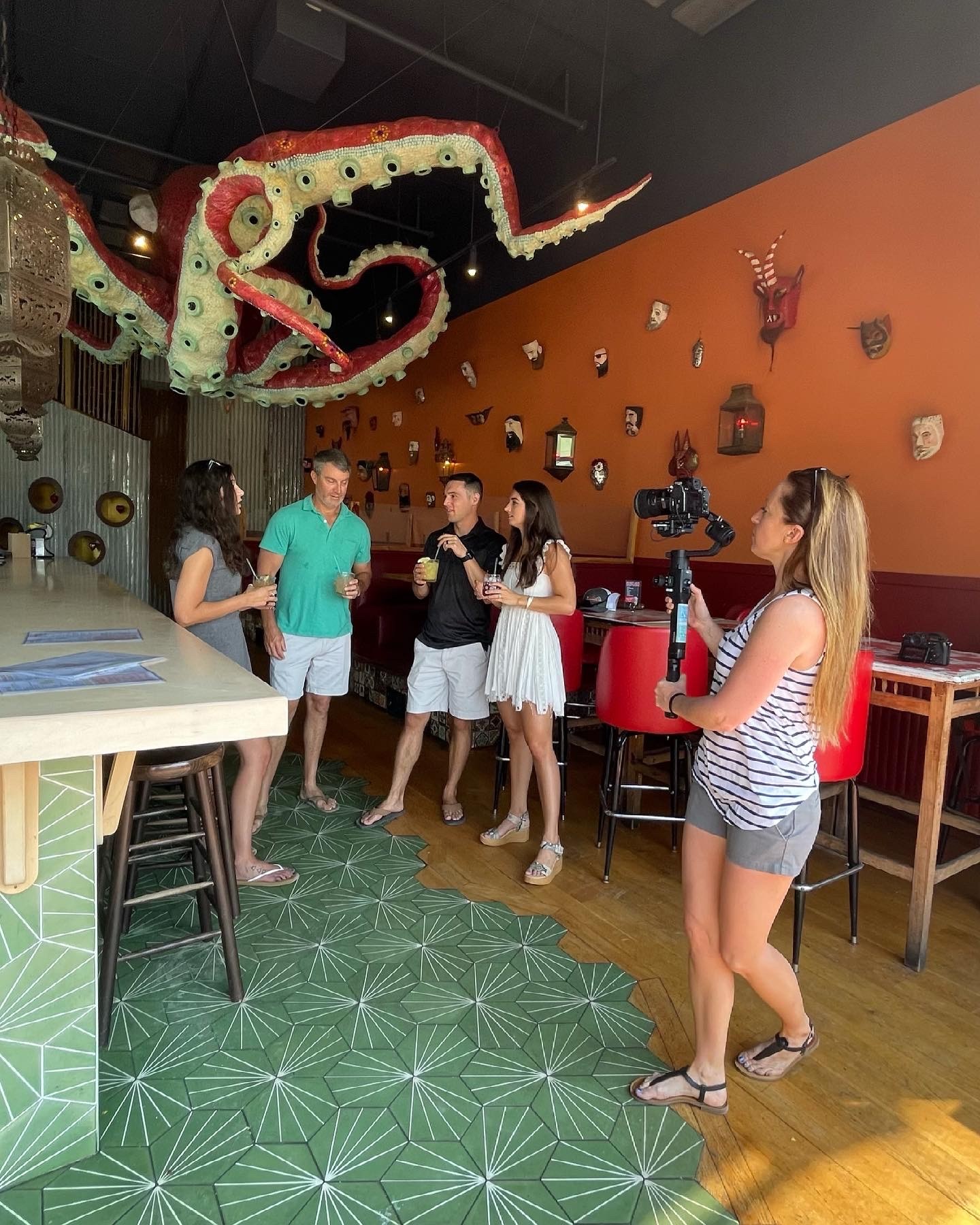 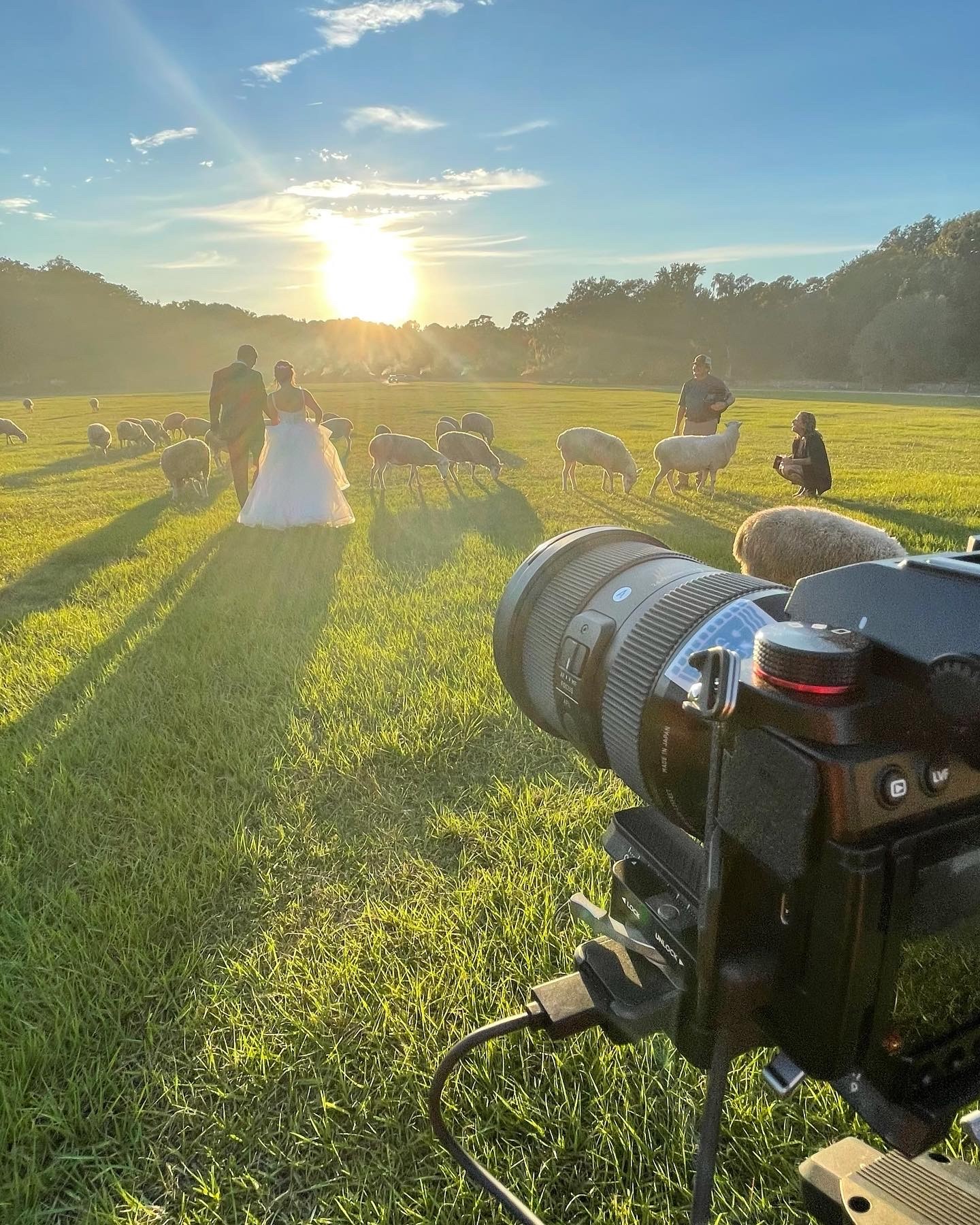 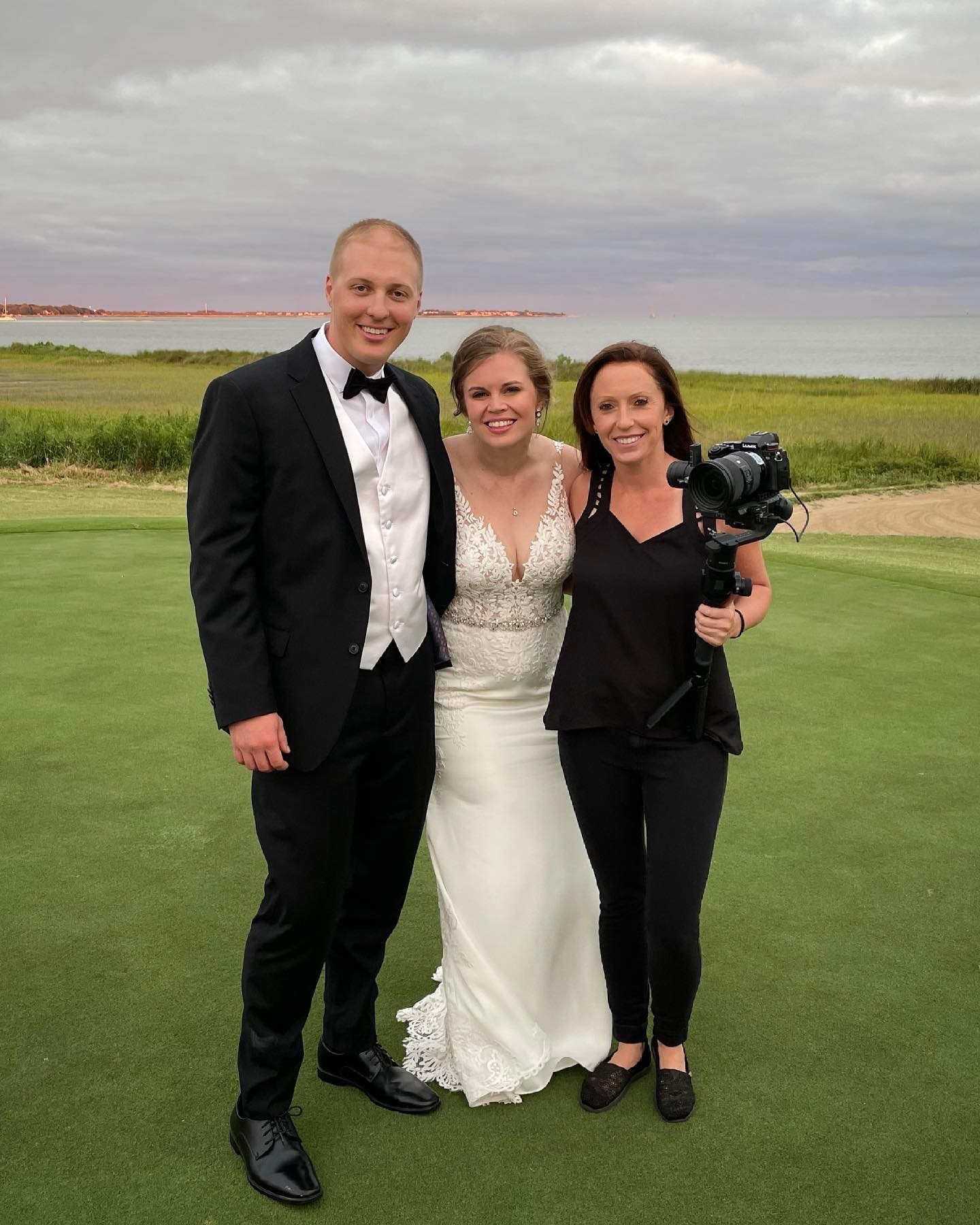 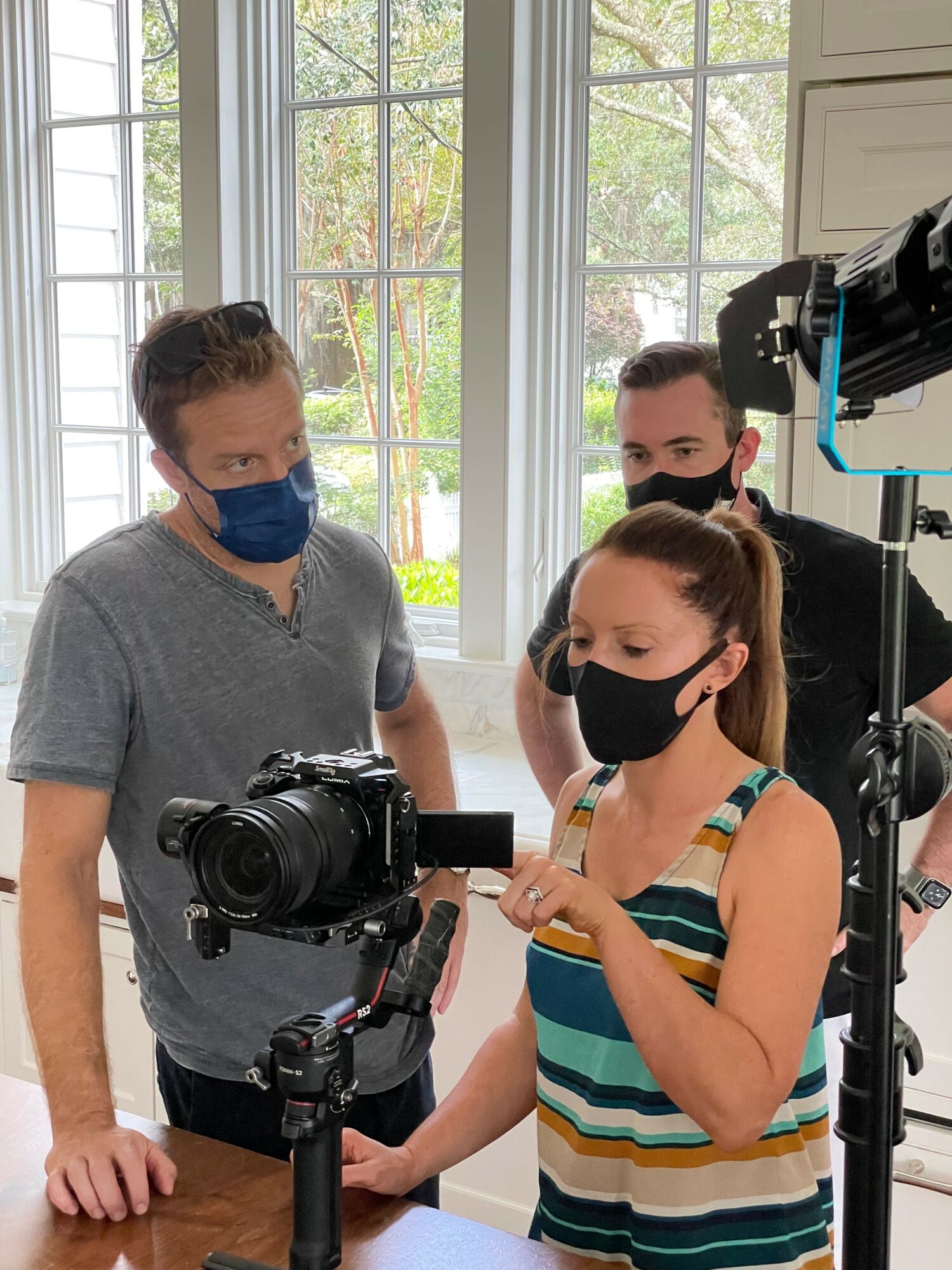 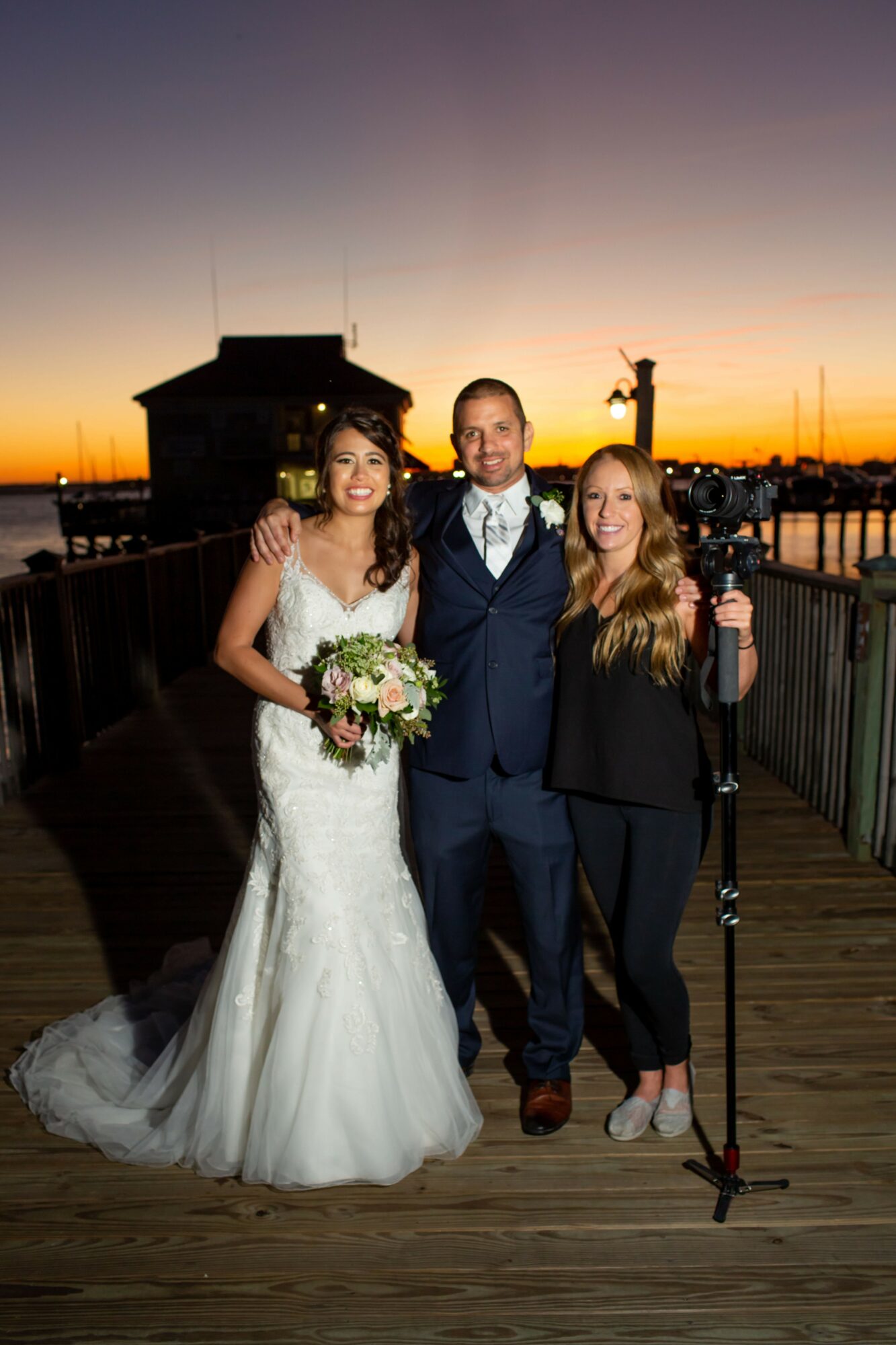 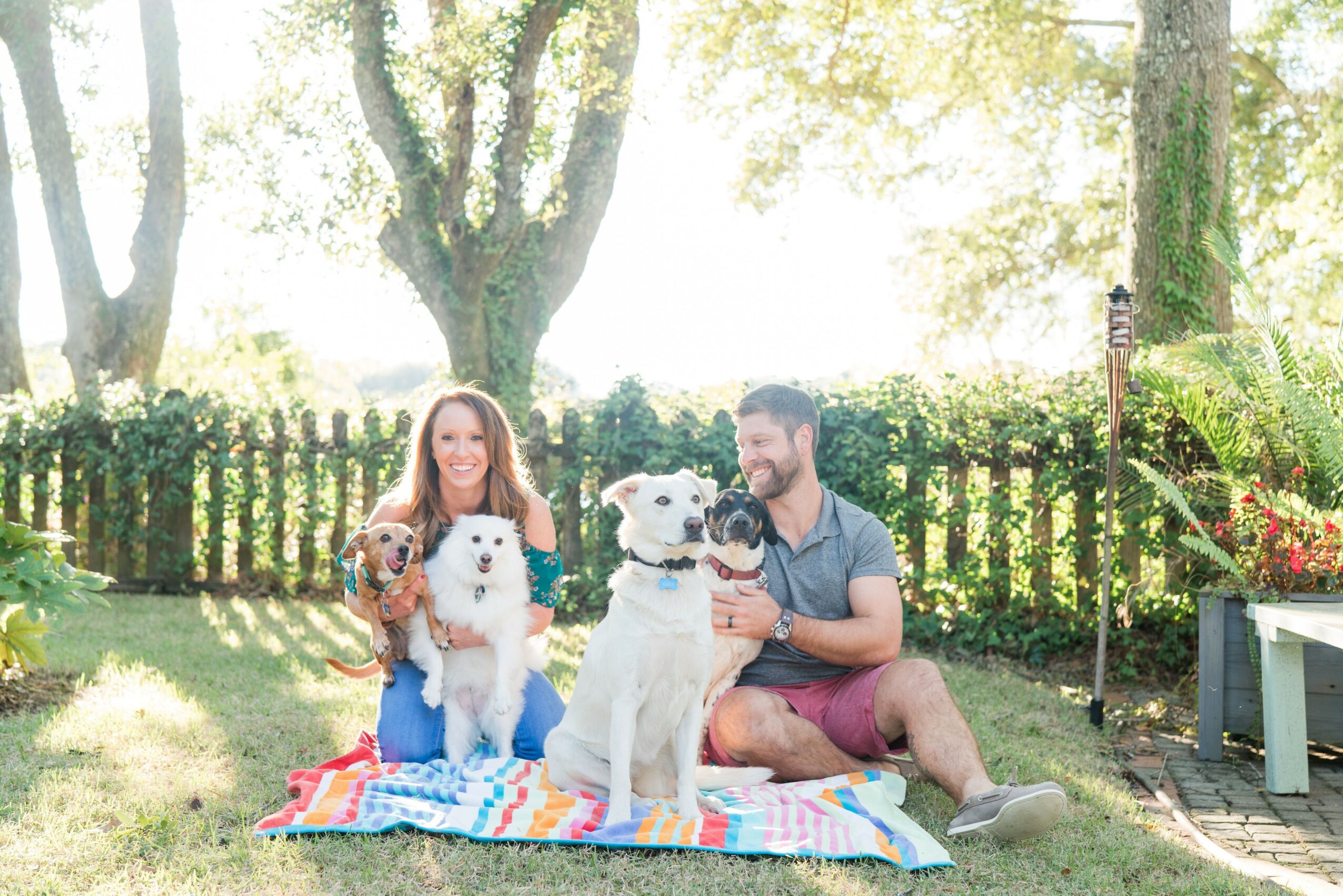 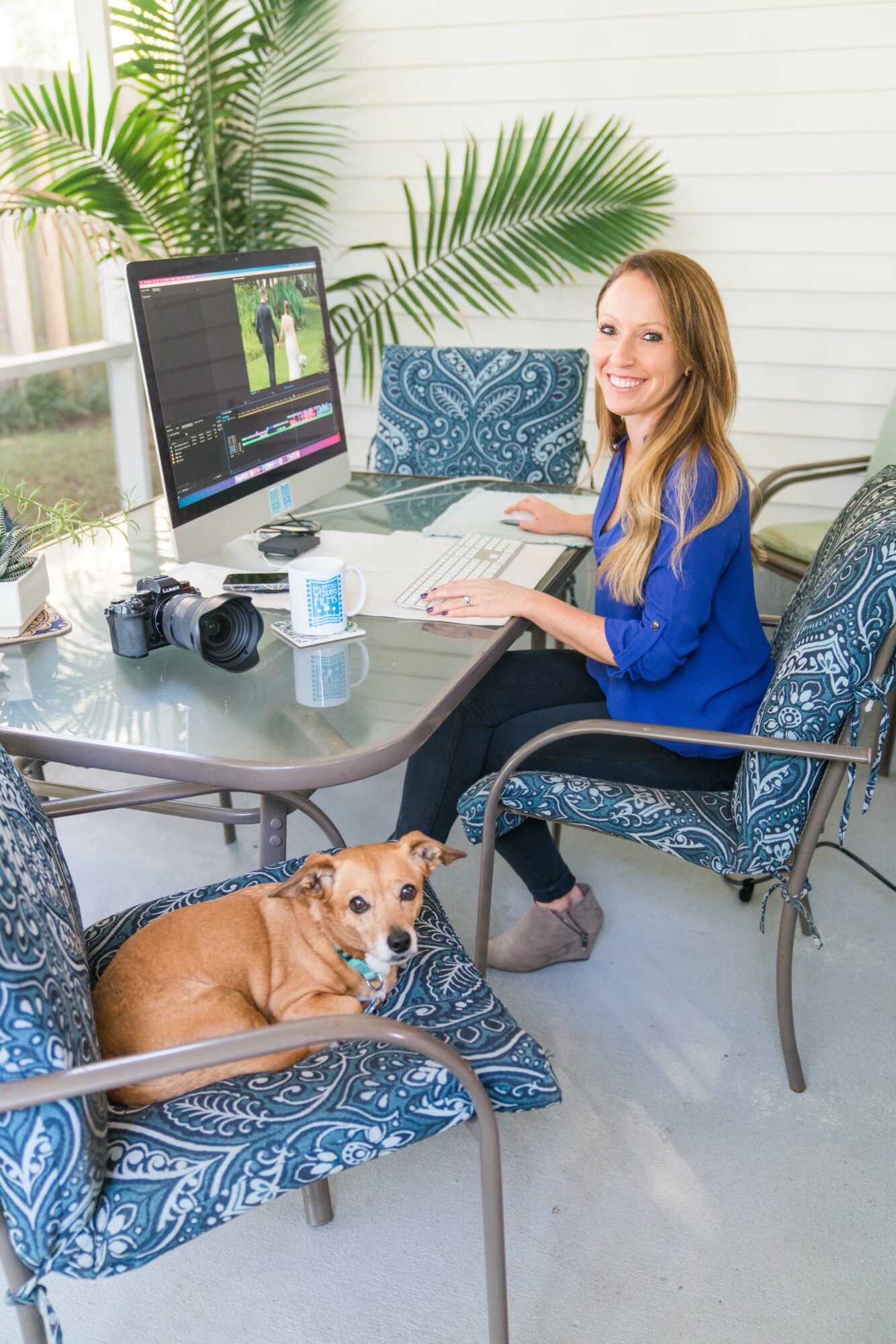 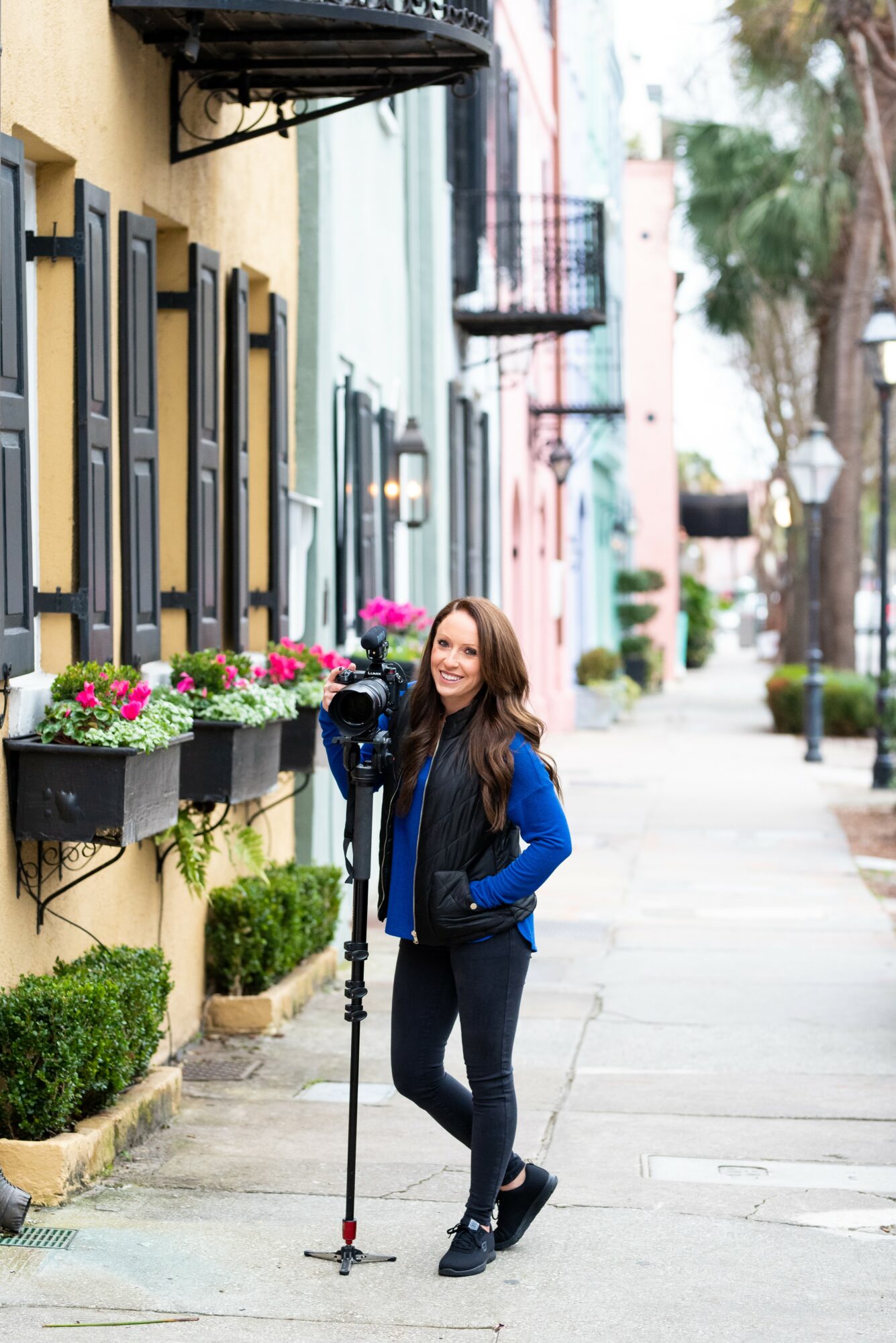