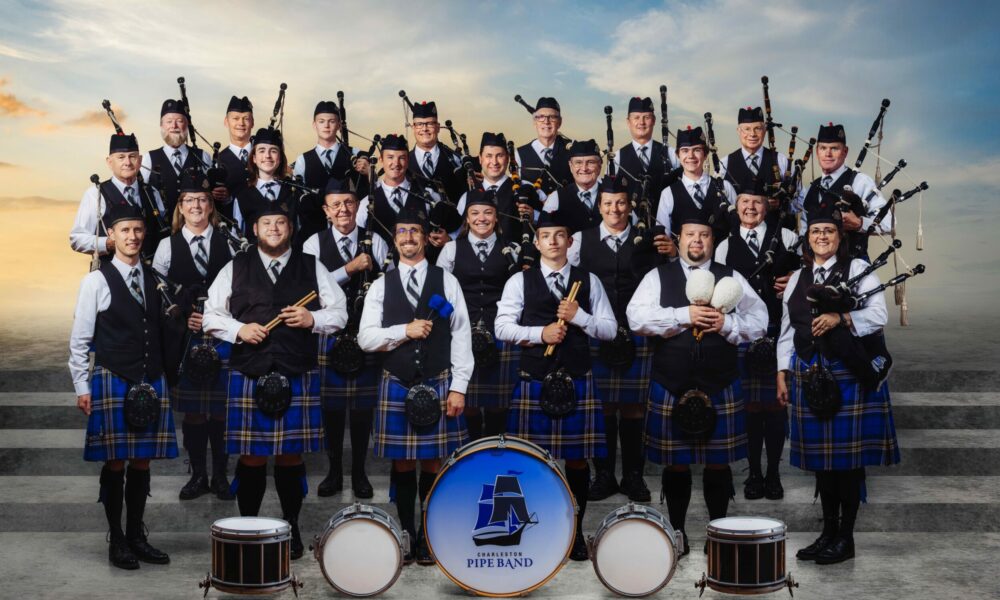 Today we’d like to introduce you to JD Ingraham.

Hi JD, it’s an honor to have you on the platform. Thanks for taking the time to share your story with us – to start maybe you can share some of your backstories with our readers.
My journey as a performer and tutor got off to a rocky start with some ill-fated guitar lessons in the second grade. They didn’t stick, but lessons on trumpet and piano beginning in fifth grade had a little more staying power. I think it really began in earnest, however, when I began learning the Great Highland Bagpipes (GHBs) in the aftermath of 9/11, having seen many instances of them performed on television. I moved to Charleston, SC in 2011 to work as an Engineer. I soon became involved with the Charleston Police Pipes and Drums, now known as The Charleston Pipe Band.

The Charleston Pipe Band has a rich and proud history. It was founded in 1995 as the Charleston Police Pipes and Drums by Police Chief Reuben Greenberg. The Charleston Pipe Band has traveled throughout much of the Eastern United States Seaboard and Canada performing at parades, festivals, public events, funerals, and Scottish Highland Games. Sandy Jones, an internationally known pipe major, was the band’s first pipe major. His skills and experience as co-founder of the North American Academy of Piping and Drumming, a pipe major for the U.S. Air Force, and pipe band director of The Citadel led the band to many successes — laying the foundation for what would become an excellent corps of pipers and drummers.

The organization has achieved success at all levels of traditional Scottish Pipe Band competition. The Charleston Pipe Band continues to grow and develop, providing service to the City of Charleston, the Charleston Police Department, the Public Safety Community of South Carolina, and the public at large through parades, performances, and instruction in the art of Highland piping and drumming.

Alright, so let’s dig a little deeper into the story – has it been an easy path overall, and if not, what were the challenges you’ve had to overcome?
As with any volunteer organization or hobby-type activity, there is never enough time and people to accomplish everything you would like. While my personal journey in traditional Celtic music has been more or less a slow but continuous road towards mastery, it’s been a common refrain that people who play in ensembles with me have to take time off for various personal and professional reasons, sometimes limiting what the band can support or events where we can play.

The band won a major season championship title from the Eastern United States Pipe Band Association in 2015, spent two years “riding the win” in a higher rating level, and by 2018 was back to barely scraping by in the original rating level after nearly a quarter of the pipers and drummers who had lead to our success had moved away from the region, or stopped playing for various personal or professional reasons. I felt we had “stopped the bleeding” and had a strong foundation of new players spreading Celtic music in the Lowcountry by 2020, only for the pandemic to put a stop to in-person lessons and rehearsals and performances for nearly 2 years.

Now, coming out of the pandemic, it feels like we have a reasonably strong group of bagpipers playing together, but hardly any drummers to support our efforts in parades and festivals. As such, I’ve stepped up and begun learning more about Scottish-style percussion in order to teach!

As you know, we’re big fans of you and your work. For our readers who might not be as familiar what can you tell them about what you do?
The mission of the Charleston Pipe Band is to serve the local community through Bagpipe and Drum education, performance, and competition. We strive to elevate the level of Celtic music in general, and Scottish Bagpipes in particular, in the southeast. Some of the things we’re known for include a very generous teaching program that has produced many solid musicians.

We are known for our regular performances at public events such as St Patrick’s Day, Carolina Day, Christmas Parades, and a number of public safety events and fundraisers. Among Scottish Pipe Bands we are recognized for our unique kilts; they are in a distinctive “police blue” with gold and silver tartan pattern designed and registered in Scotland specifically for the City of Charleston Police Department.

Alright so before we go can you talk to us a bit about how people can work with you, collaborate with you or support you?
We are always seeking new members. People who wish to learn to play the pipes or drums can reach out to the band about taking lessons with us or one of our partner instructors. People who want to support the band’s efforts without playing an instrument can buy merchandise, make tax-deductible donations, or join as an “auxiliary” member – helping with logistics and activities at events. Details are available through the band’s website. 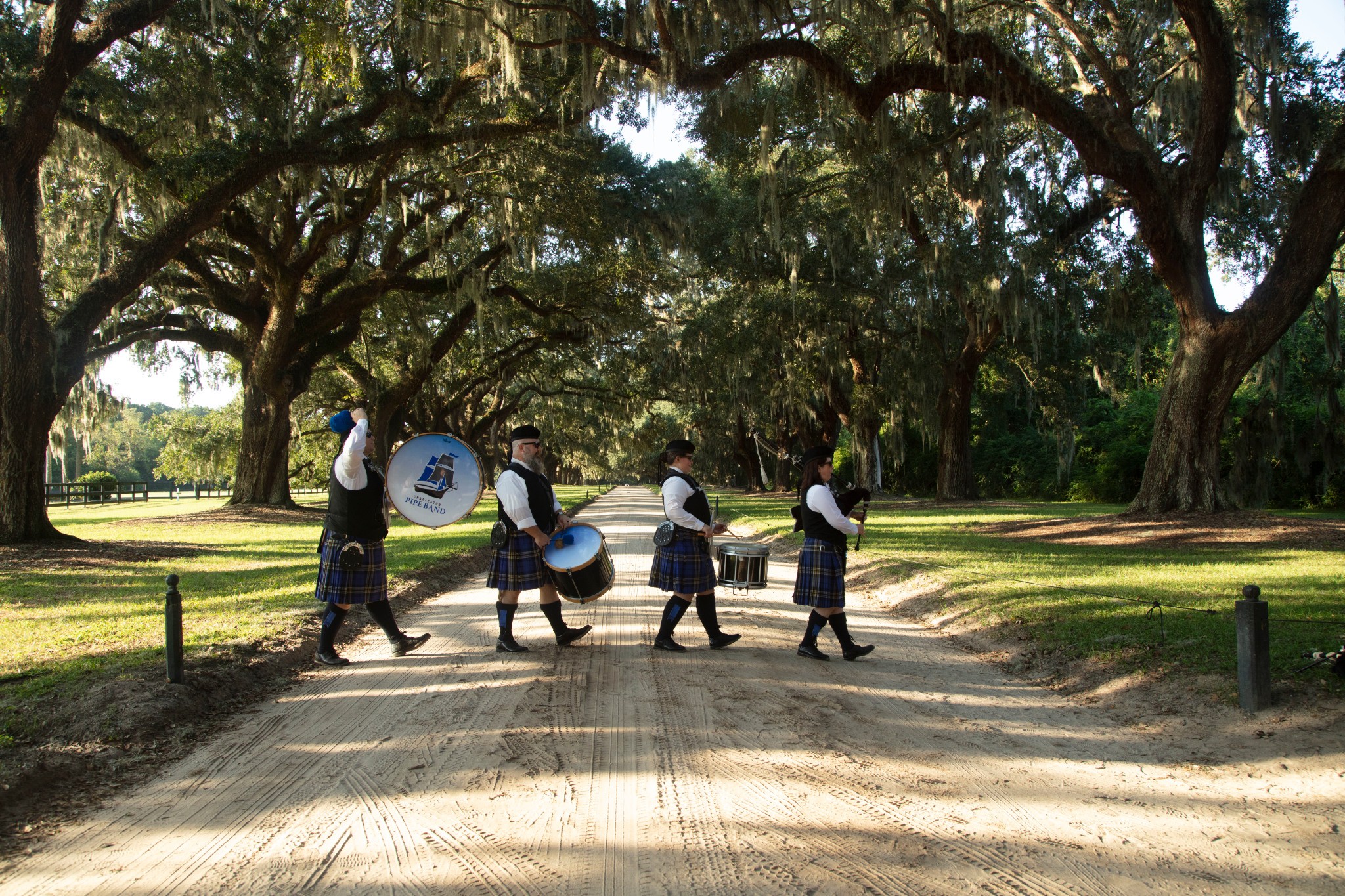 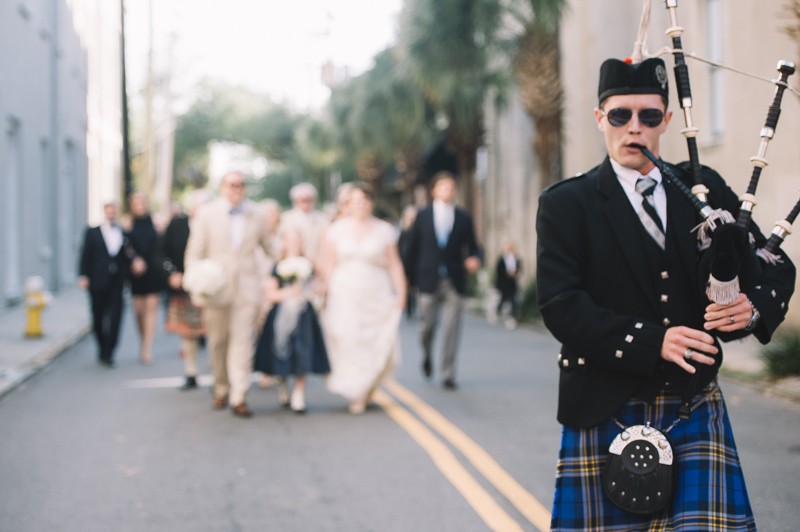 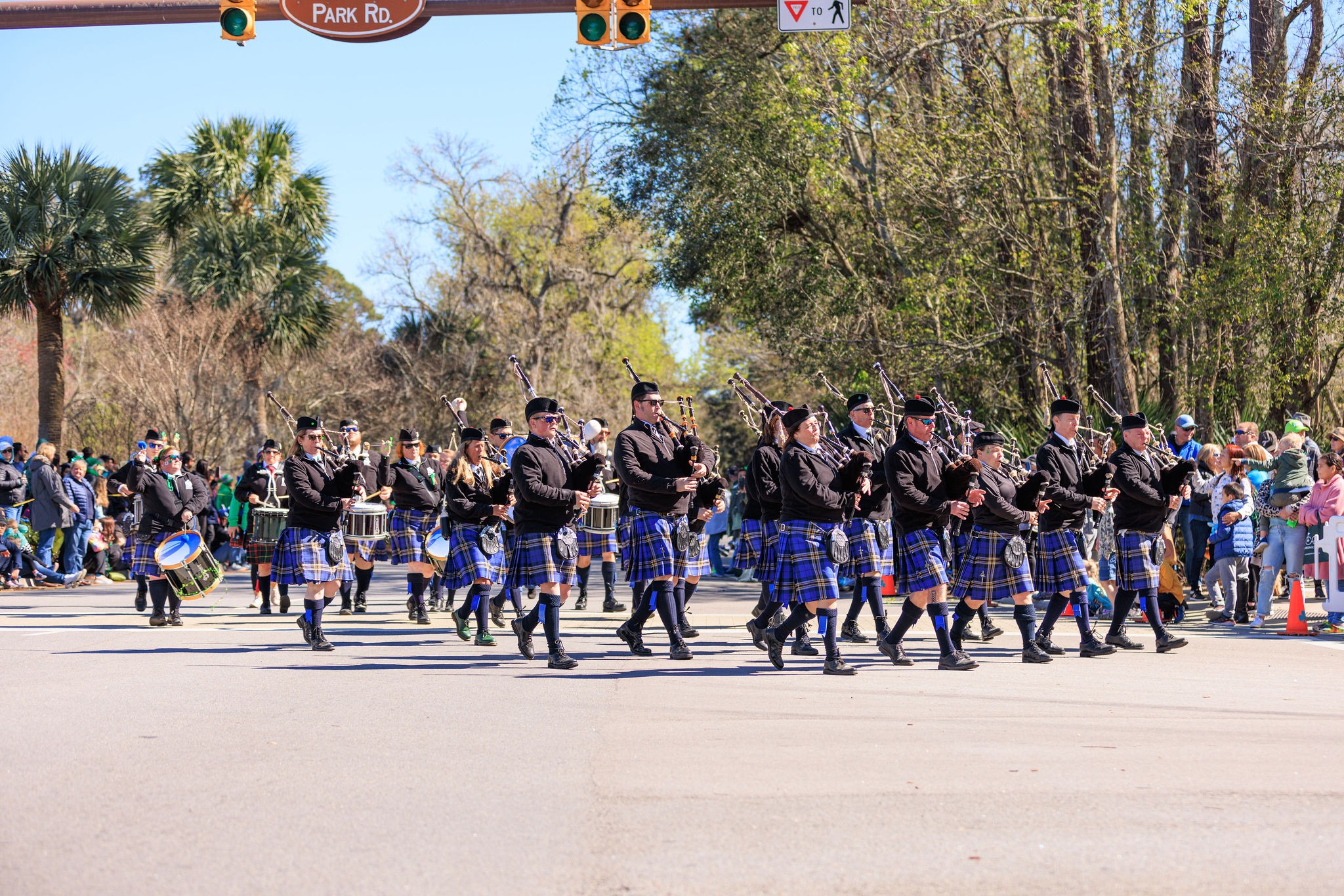 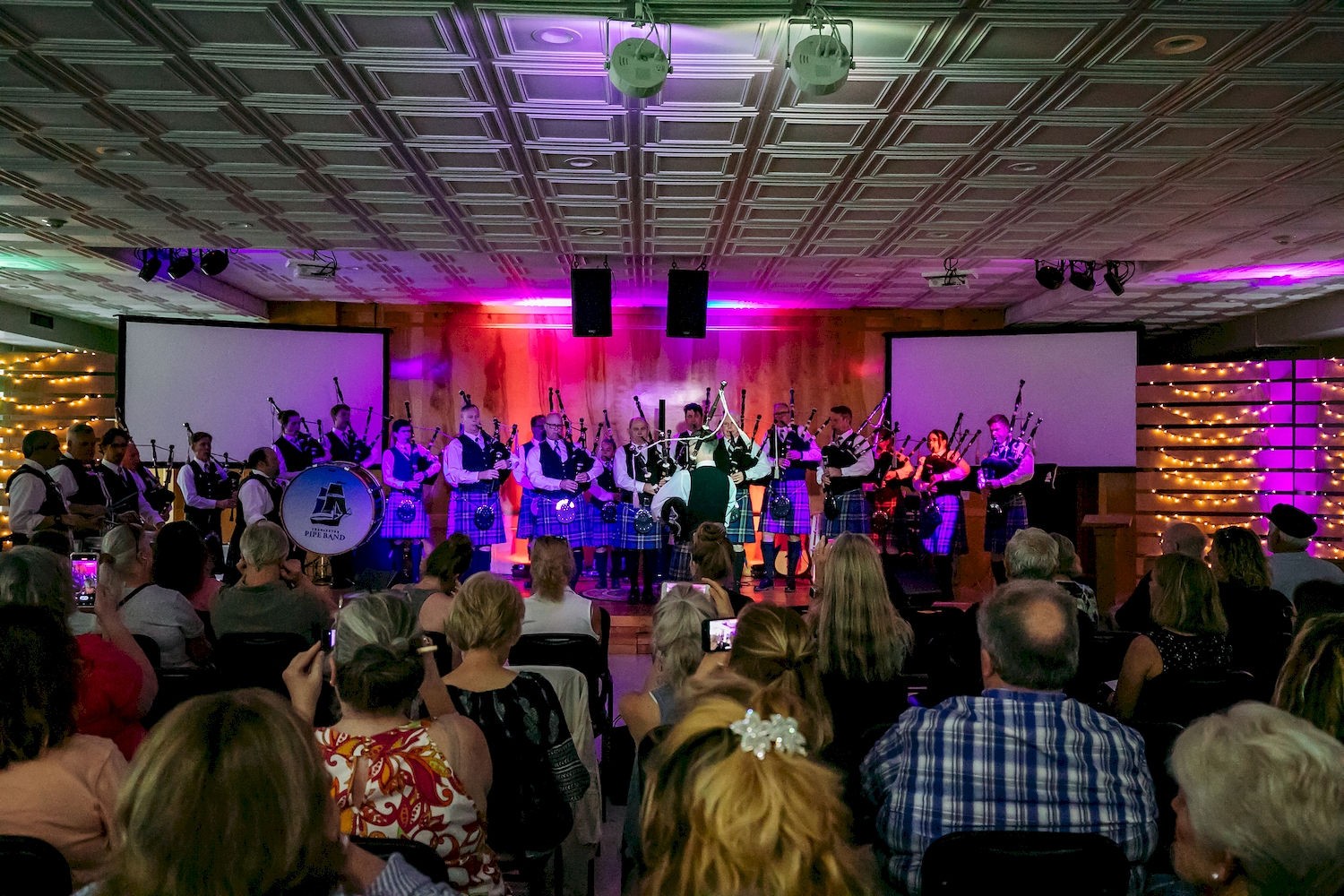 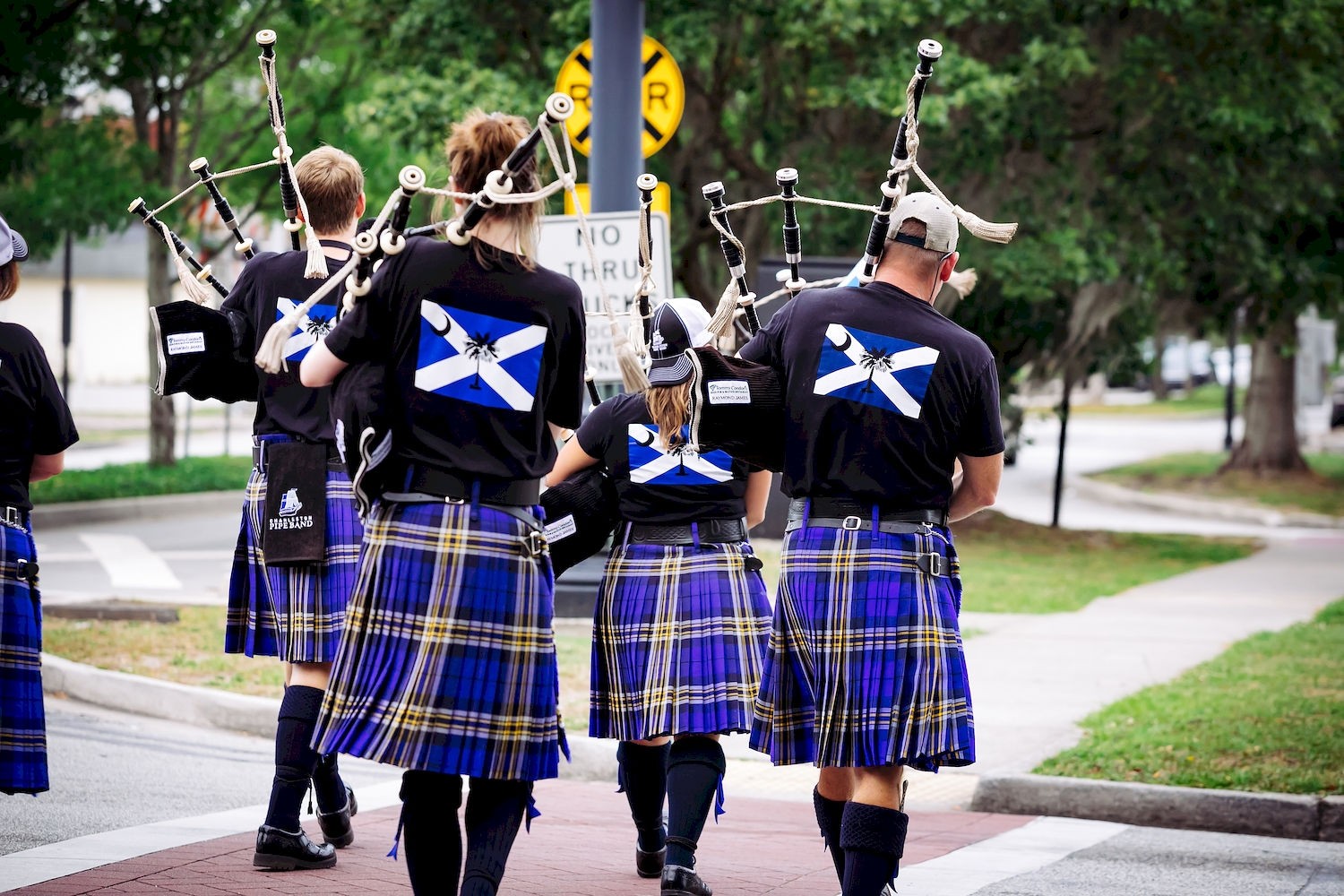 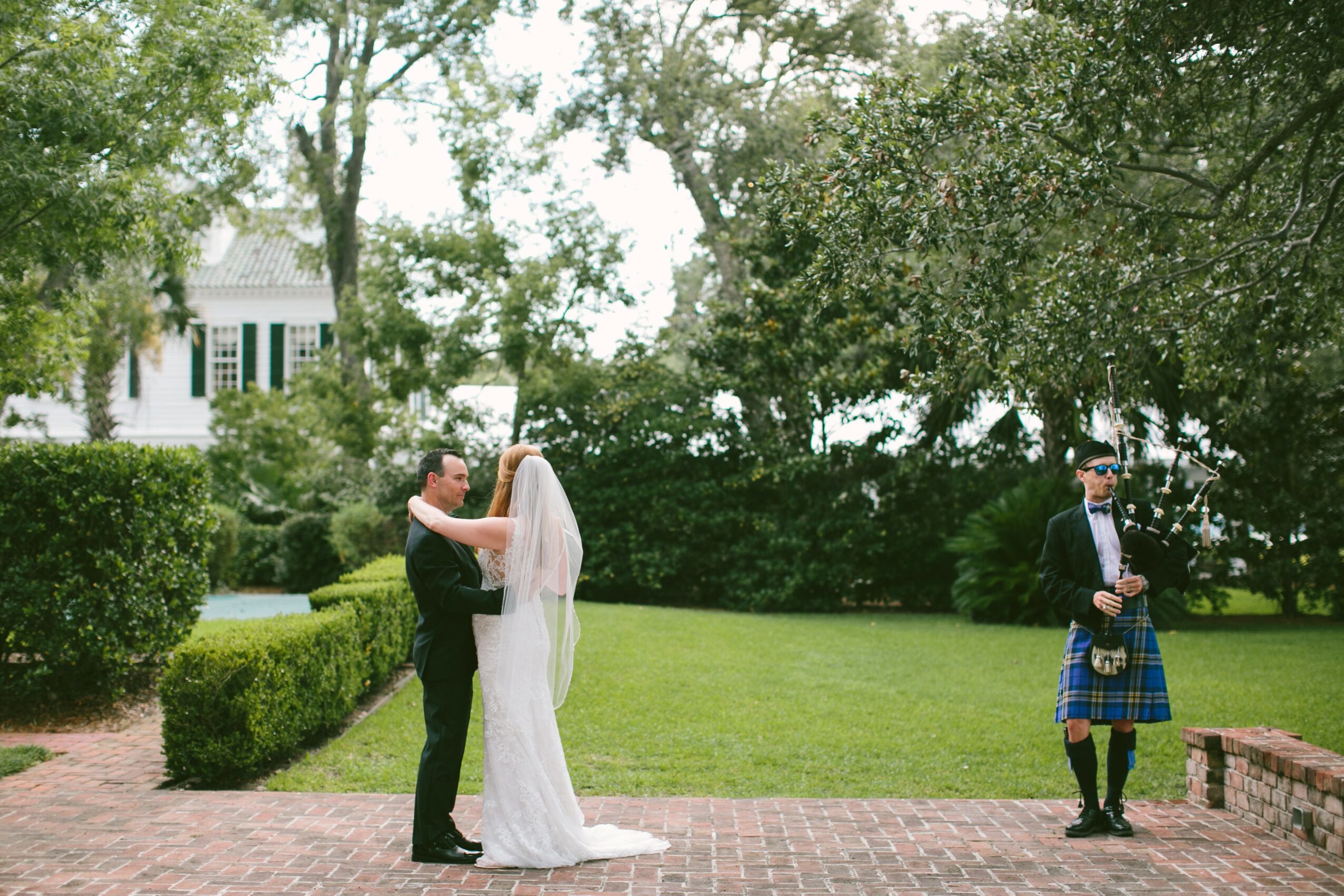