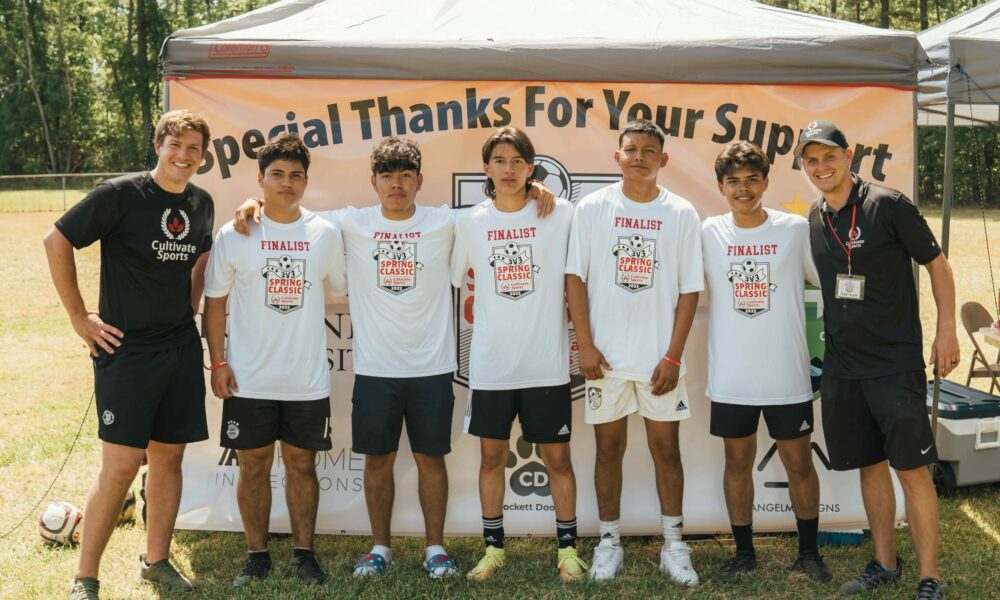 Today we’d like to introduce you to Phil Beardslee. Them and their team share their story with us below:

The story of Cultivate Sports is really a radical story of how God gave two young college students a heart to serve the next generation.

It all started in the summer of 2012, God connected Daniel Herr and Phil through High Point Camp. Phil was a junior at Bob Jones University (BJU) and spent his summers counseling students at the camp.

Dan, a high school senior at High Point Academy, was gearing up for the upcoming BJU soccer season by training together with Phil. Little did we know, that God was creating a friendship that would later allow both of them to impact lives for Jesus through sports together.

Over the next few years, God gave both Dan and Phil different opportunities during their time at BJU that deepened their desires to play sports and impact students.

Phil says, being the chaplain of the BJU soccer team, counseling at High Point Camp, and using sports to share the gospel on a Brazil Soccer missions trip were a few opportunities that really deepened his desire to use sports to impact students.
​
Dan says an ACL tear in a preseason soccer game was a moment that really helped him grow spiritually, as well as, meeting his wife Miranda at High Point Camp. He says, Miranda had this desire to serve Jesus and it was so contagious giving him a deeper desire to serve people.

Phil later finished at Bob Jones University in 2013 with a BA in youth ministry and got married to his wife Ashlee. They moved to Sacramento, CA and Phil served students in the youth ministry at Doxa Church while working as a Teacher’s Assistant at Brighton Elementary School.
​
Dan finished up his undergraduate degree in counseling, went on to pursue a master’s degree in communications, and became a student life mentor where he continued to impact lives at BJU.

In 2018, Phil was hired on as a part-time Assistant Youth Pastor at Doxa Church and was pursuing his Masters of Divinity. He continued to disciple the youth at the church hoping to become full-time in the future.
​
Dan finished his Master’s Degree in communication, married Miranda, and began using his education in a rapidly growing small business in Greenville, South Carolina. Being able to work from home allowed him to still invest in students at his church and in the community.
​
In 2019, God started redirecting the plans of both Phil and Dan beginning what would become an exciting life-changing journey for each of them. Phil never became a youth pastor and dropped out of his Masters of Divinity program due to financial reasons. He then decided to start his own business called Soccer Skills University where he trained kids to be better at soccer. While he loved this new adventure, there was still something missing.
​
Meanwhile, Dan was working full-time for a rapidly growing company. It paid the bills and provided for his family but he still had unrest in his soul about his future in the business. He knew God had bigger and better plans for his life but didn’t know what that was yet.

The year 2020, as we all know, took everyone by surprise. With a worldwide pandemic happening and pretty much everything closing down, there were a lot of unknowns. People were losing jobs, businesses were crumbling, and schools were all going virtual. People were living in fear. Depression, anxiety, and suicide rates amongst the youth were skyrocketing. Everything seemed to be falling apart.

However, in midst of a pandemic and a lot of unknowns, God decided to move Phil’s family to Greenville, South Carolina. It was in South Carolina that God started creating a deep desire in Phil to start a non-profit that combined his love for sports, his love for the next generation, and his love for Jesus.

After much prayer and godly counsel, Phil changed his for-profit business into a non-profit and called it Cultivate Sports. By the grace of God, Cultivate Sports officially became a 501c3 faith-based non-profit in the midst of a pandemic.

During that time Dan continued working hard at his current job until God showed him another opportunity.

In October 2020, Phil approached Dan asking him to pray about being a part of Cultivate Sports. After much prayer and godly counsel, Dan felt God wanted him to quit his current job and start building Cultivate Sports with Phil.

Since then, Phil and Dan continue to invest in middle and high school-age students each week through the game of soccer. Whether we are playing pick-up soccer, eating a meal around the table, or talking about life, our mission is to mentor middle and high school students through life and teach them how to make their life count for Jesus.

Long term, Cultivate Sports would love to open up a facility that would allow these students to have a safe place to come after school to enjoy recreation, get help with life’s challenges, or just simply have someone to talk to.

There is one thing that rings true from the very beginning. GOD IS FAITHFUL! He is the reason all of this has happened and He will continue to be the reason for what happens in the future at Cultivate Sports.
​
God continues to connect us with local individuals that have the same heart we do and we can’t wait to see hope being spread and lives being impacted all across the world.
​
Our volunteers, coaches, and partners are all on a mission to help students in the Upstate and create change around the world.

Can you talk to us a bit about the challenges and lessons you’ve learned along the way? Looking back would you say it’s been easy or smooth in retrospect?
When you start any company or new adventure there are always obstacles that you face. It never really is a smooth road. But those obstacles make us stronger and able to help others in the future.

One struggle would be feeling like you are alone on an island wondering if the decisions you are making early on are beneficial for the future. I never knew what a non-profit was or how to run one. So, I literally had to research everything and figure it out by going and asking people for help which is very humbling.

Also, when you get excited about your passion for something and share it, that doesn’t always mean someone else will have that same passion and be excited like you are. I would find myself sharing my heart and sharing the need but not getting the response that I was looking for.

Alright, so let’s switch gears a bit and talk business. What should we know?
I run an interior painting business.

I just started about 2 months ago for the sole reason to bring my wife home from having to work full-time as a labor and delivery nurse.

Long term, I would love for my non-profit to be my sole income and not have to paint, but I have thought about keeping it so that I could employ some of the students and teach them the trade so they could make money.

Have you learned any interesting or important lessons due to the Covid-19 Crisis?
Fear is crippling people and our world is searching for hope. I have learned that it isn’t loving to tell people what they want to hear.

The most loving thing I can do is tell people what they need to hear and people need to hear about the true and lasting hope in Jesus that breaks the chains of fear in your life. They need to hear that God loves them. He loved them so much that He died on the cross and suffered for them.

He paid a penalty that only He could pay because He was perfect. Instead of us getting what we deserved, which is death, Jesus steps in and pays for all our sins when we repent of those sins and turn to Him.

When that happens we no longer have to fear because our hope is in Jesus and we know where we are headed when we die. We will live with Him forever. 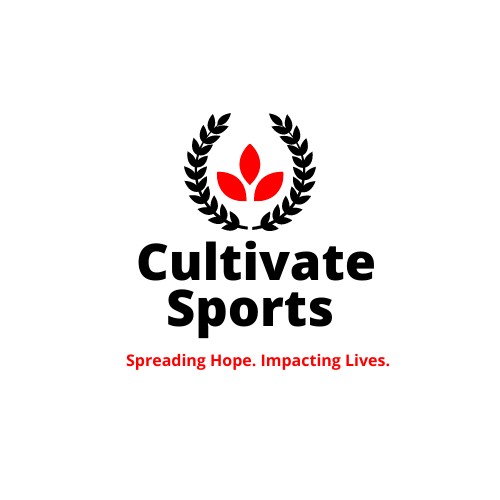 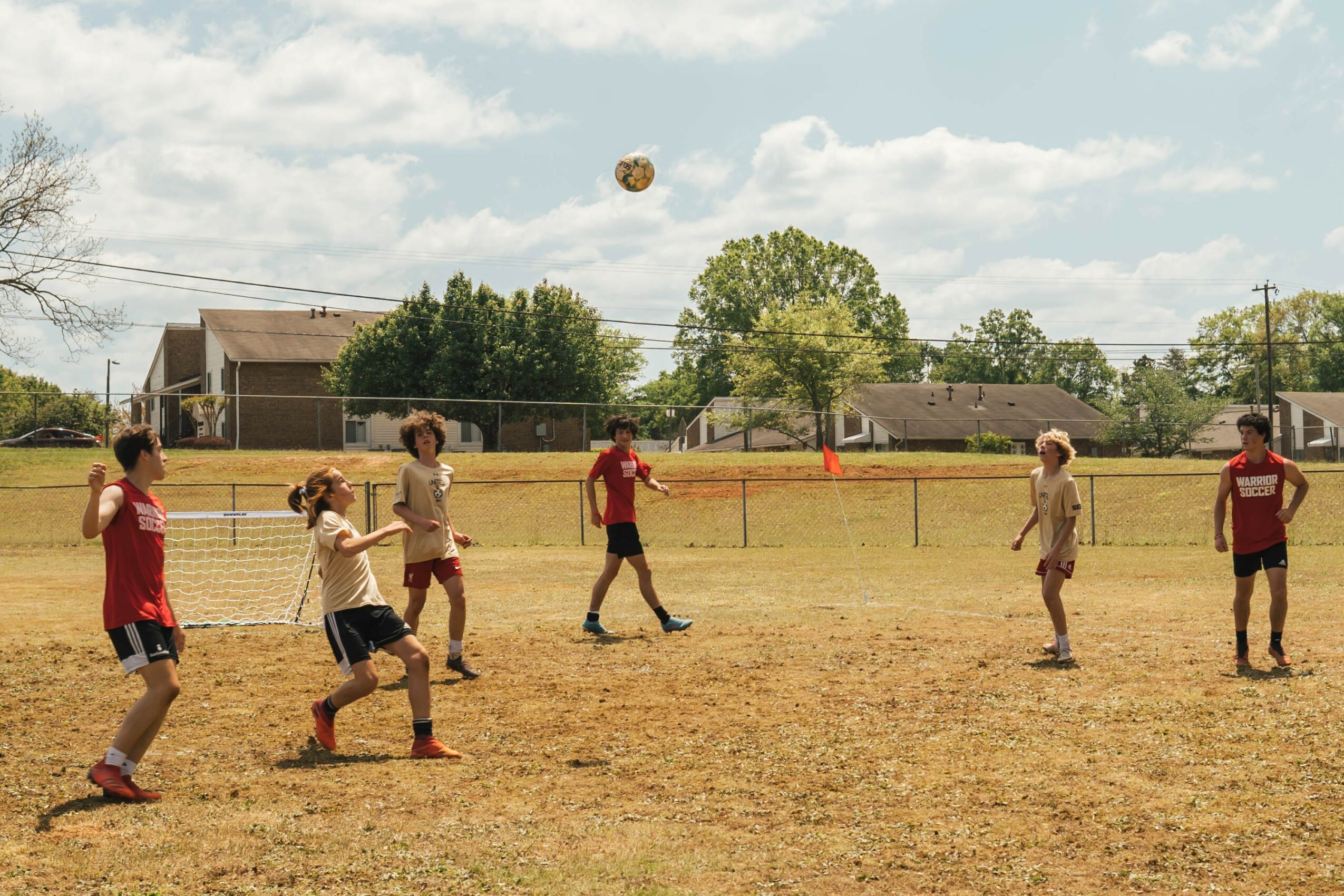 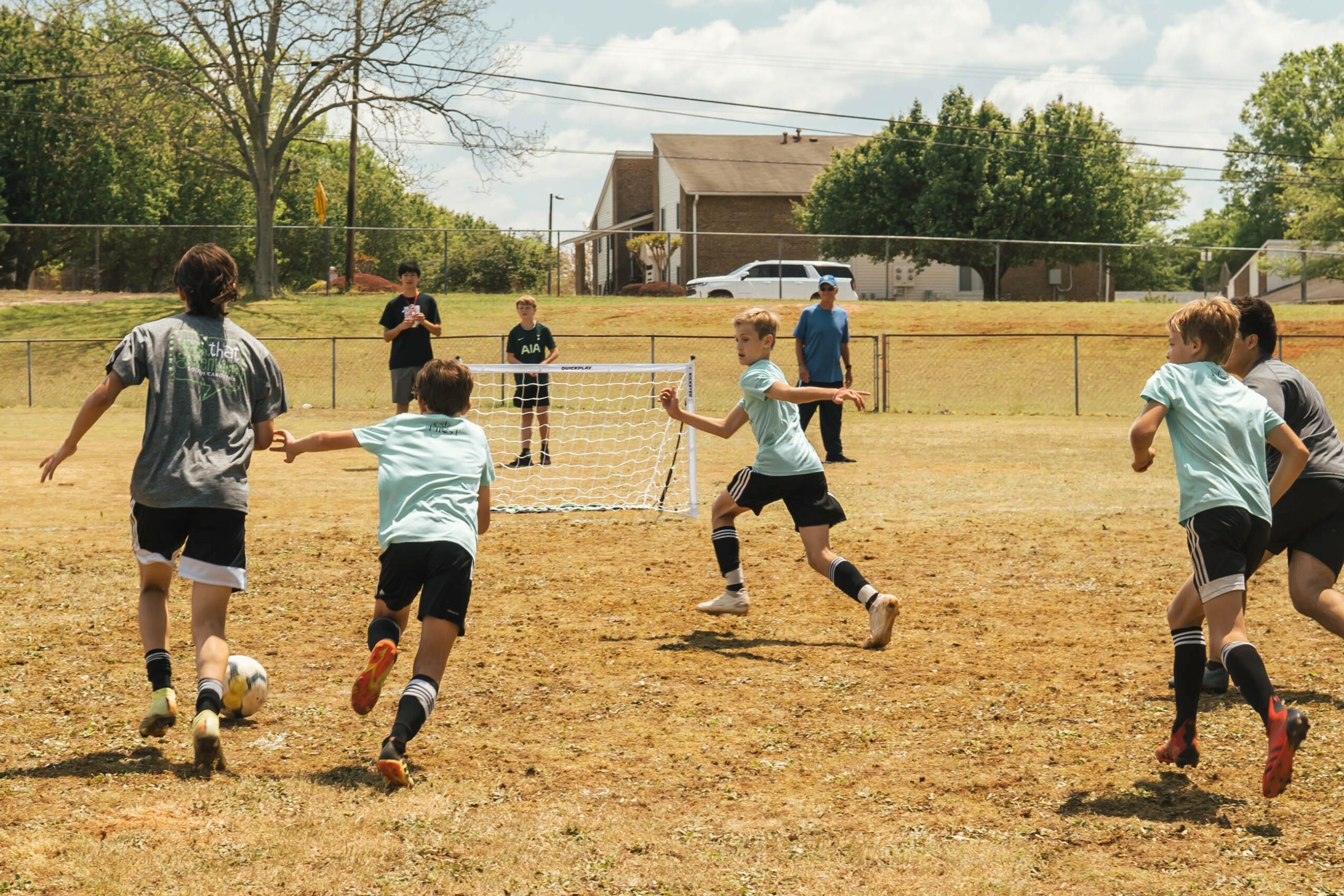 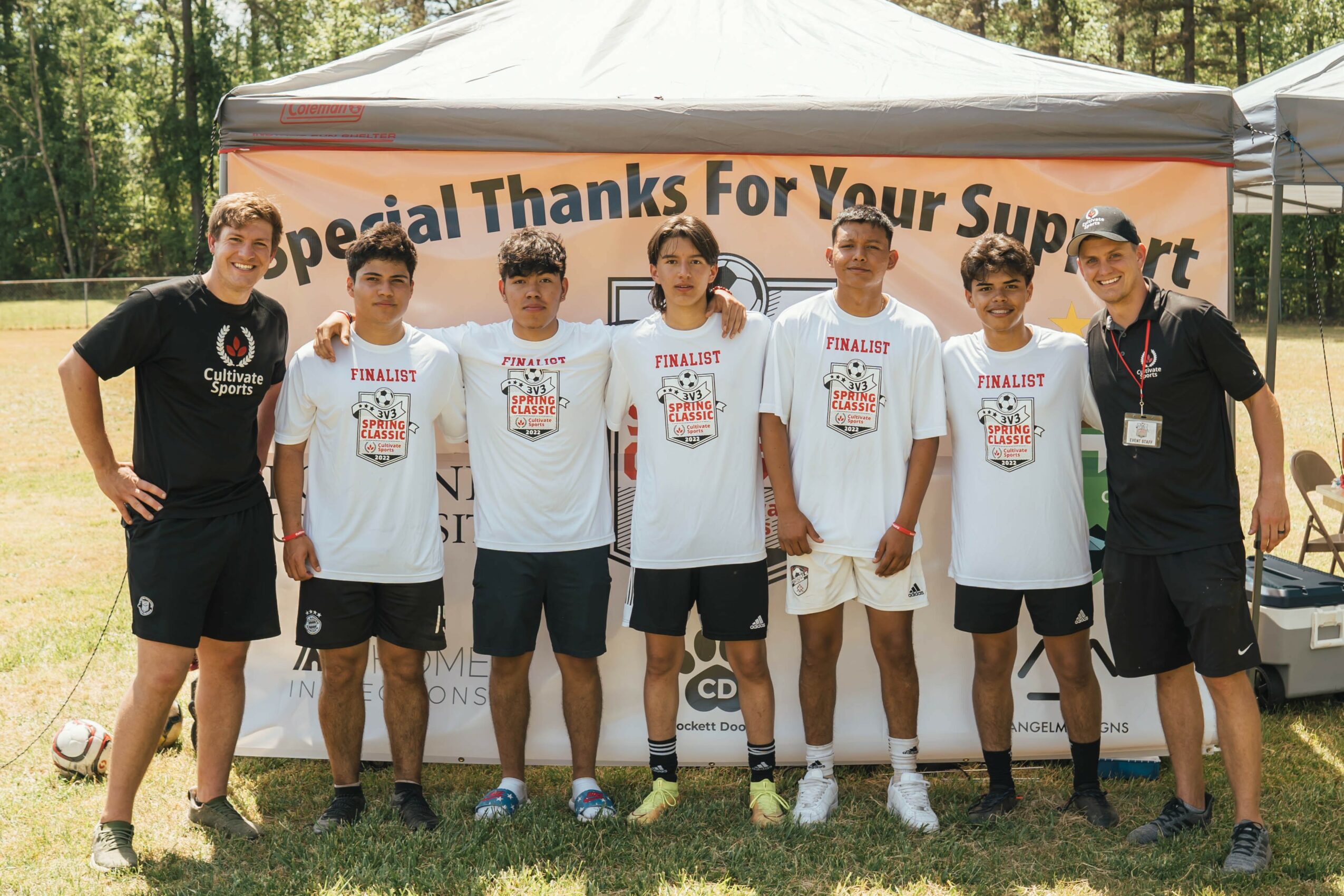 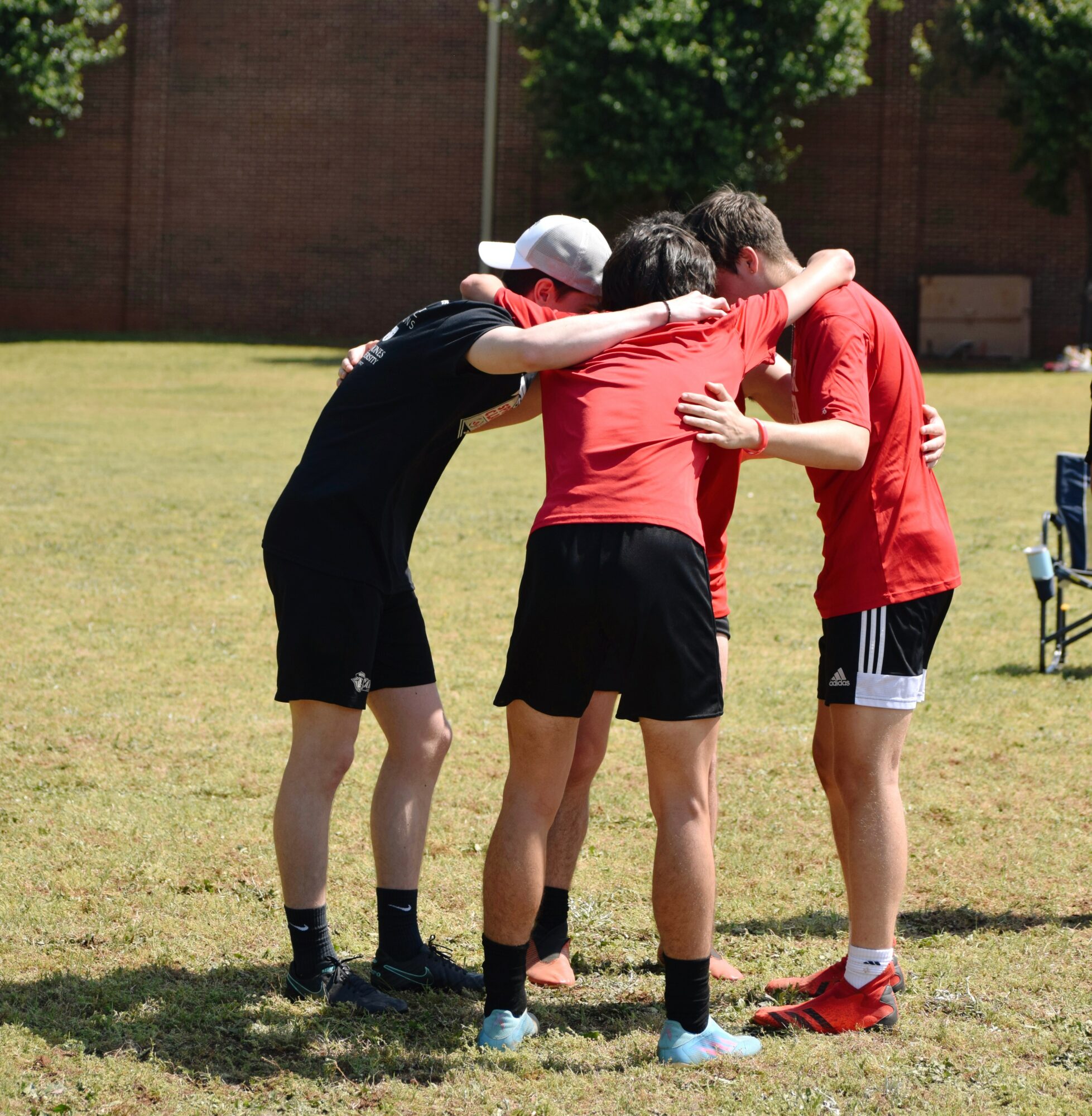 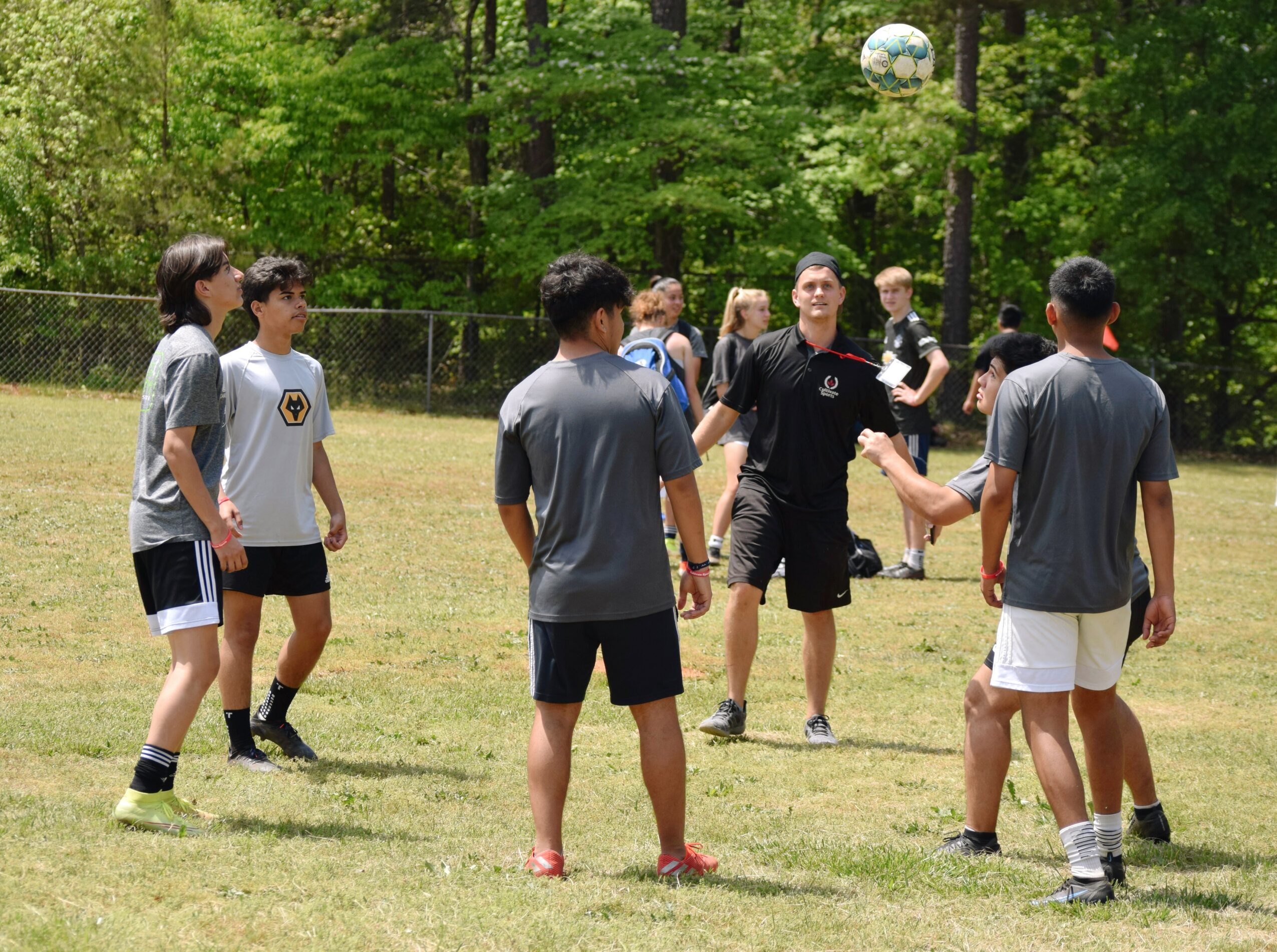 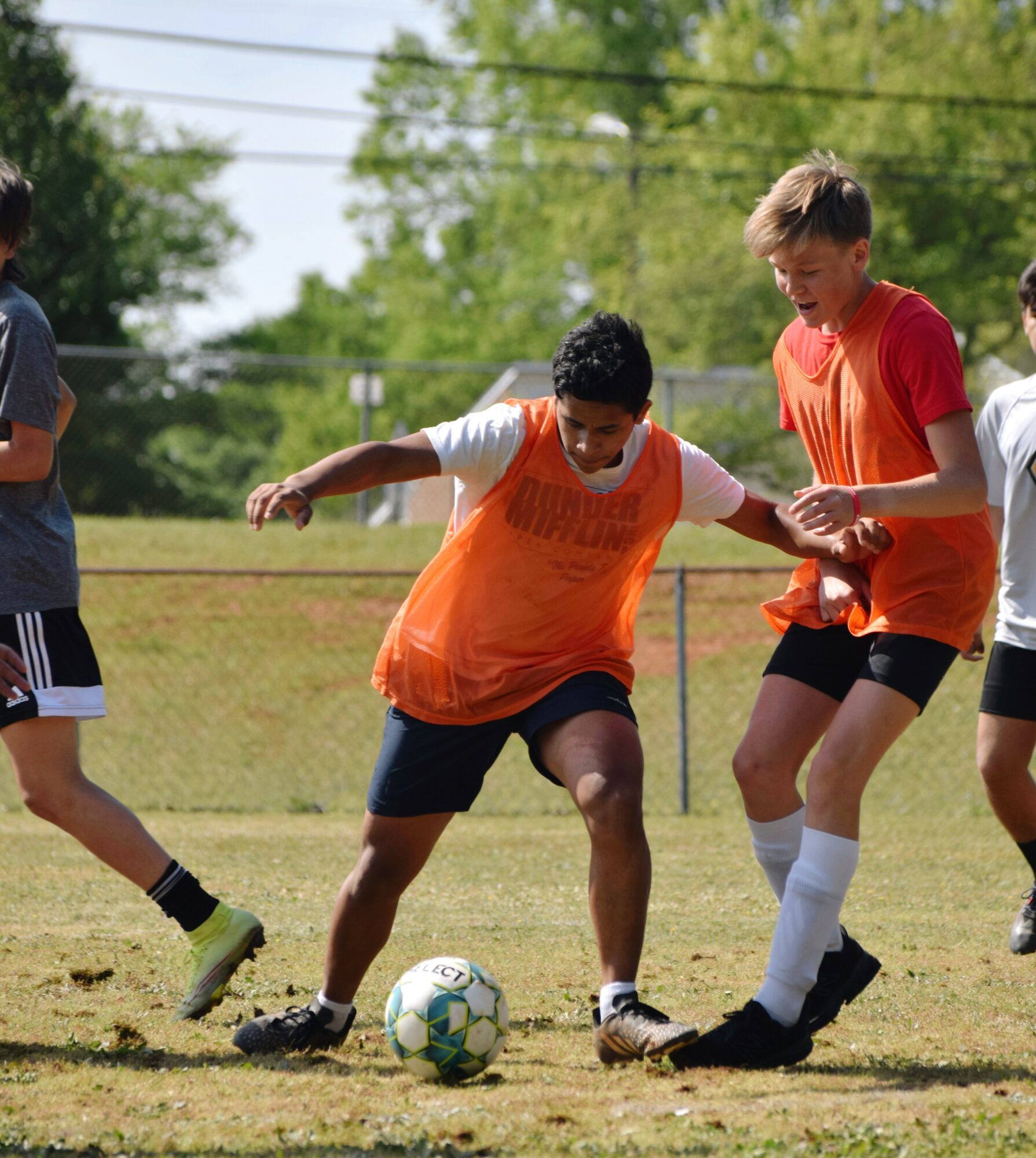